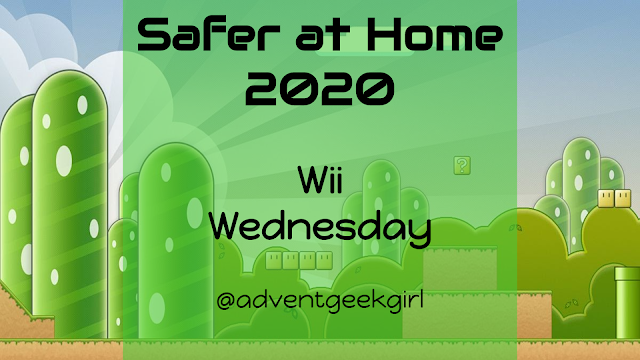 Today everything was set to play Just Dance 4 on the Wii, but things didn't pan out that way.

My daughter and I got our short walk in today. Hooray for us!

After that, I spent the morning working on a new character with my daughter for a second Dungeons & Dragons campaign we're starting. I made a huge error in judgement when I was setting up arrangements for playing D&D with our friend. I told him every-other-week and Isabelle heard every week. Ooops. Her devastation was great when she realized she'd have to wait 14 days to play again.

Now, in the real world, most RPG players know that getting together just ONCE A MONTH is a blessing and can still cause things to collapse. But it's the summer and my daughter has been begging to do more family things together, so I decided to use my time to run two campaigns for her. The one for our friend and the other for just her and my husband.

I settled on Out of the Abyss as this secondary campaign. So I HAD to go to the game shop (support local) and get the book. The majority of my day was spent working on D&D and watching Cobra Kai.

At 3PM, my daughter had a girl scout camp meeting on Zoom. I could tell how tired she was and, sadly, it resulted in a meltdown. So the Wii just wasn't an option today. I felt terrible about it but sometimes things just don't go as we planned. As I mentioned, though, we did some Wii-ing yesterday, so I guess, in a way, we swapped days.

The day, though, did not end on a happy note, but in two of us going to bed very early. There is hope for tomorrow. It's a new day afterall. 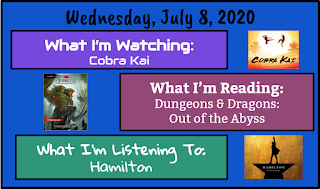