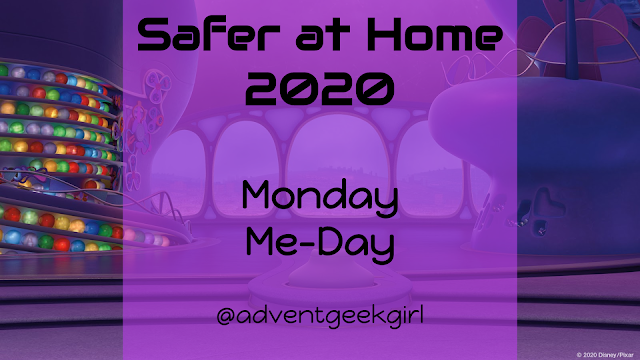 Today automatically was all about our individual activities. My daughter hadn't been on her tablet for 5 days, so she spent the day doing that. My husband spent his day working on things in his office, until I accidentally made him a too-strong gin n' tonic as part of the ghost drink entry I'm working on for the Iggles Camp. I, though, had so much to do and started feeling really ill.

I woke up early (not on purpose) and my husband was still up. It looks like he fell asleep downstairs last night and now was being frustrated about it. But I immediately sat down and started updating all of my blogs. I had some things to get done for Safer-at-Home Hoopla, such as planning out the week after this week. Kind of proud of what I'm doing with that now.

Then I had some lesser activities, such as emailing my brother and clearing out some Audible credits by purchasing the rest of the Renegades series by Marissa Meyer. I was also able to get my husband to do a mini walk with me and the dog! This was a huge win for me, but the mini-walks are only a mile and that's okay, because we're trying to get back into the swing of things. After the walk, I had to make a run to the grocery store for a mini-shop.

All of this I did before my doctor's appointment at 9:30AM. I guess that's not too much in three and a half hours, but it really was tons of work. The Hoopla stuff took at least an hour and a half. The walk was half an hour, etc.

I had an early lunch of pickles wrapped in ham and turkey. Then I fell asleep for 20 minutes on the couch, which was followed by a burst of energy and I was working on the Geek Girl Camp activities of fireworks and the ghost drink. I'll post those entries here when camp comes around. I also finalized my stress bottle that I had been working on.

As I bounced around working on entries and trying to focus on things, I started having a really upset stomach. So much so that by the time we ordered pizza and sat down to eat, I wasn't feeling very well. After two episodes of Marvel's Agents of S.H.I.E.L.D. I was dead in the water and ended up going to bed at 8PM. I don't know what happened, but I sure wasn't feeling well. 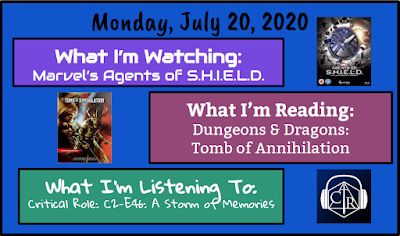