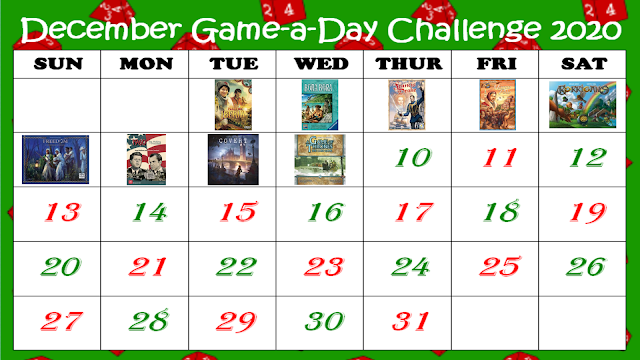 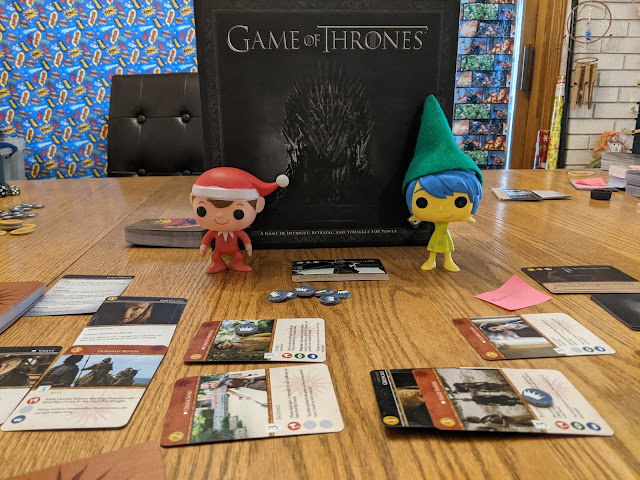 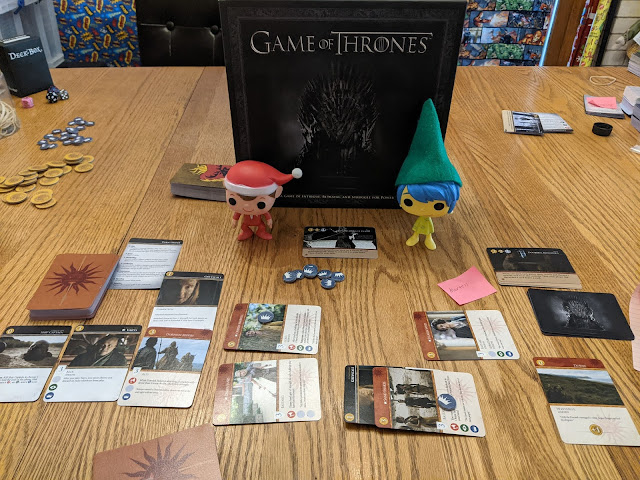 The Game of Thrones card game that I am playing is not the one that matches the box on the calendar. Ooops. My bad. It is the black box one put out by HBO, but Eric M. Lang was still the designer behind it. It is meant to be a two-player game just against Stark and Lannister, but there were fan made decks made, which is what my husband and I ended up playing with. Also, this game came to us in a Math Trade and my husband gave it a whirl.

We played with Martell and Baratheon. Sadly, the game play didn't go as desired, as my husband forgot that the person who wins initiative gets to CHOOSE who goes first and isn't the person who goes first. I was winning at the time and he decided that he could concede, because there was no way he was going to catch up with that mistake.

It was fun while it lasted. If you like 2-player deck dueling games, it's worth checking out. I liked some of the neat mechanics of how you can attack. My husband really enjoys deck-dueling and this is up his alley.