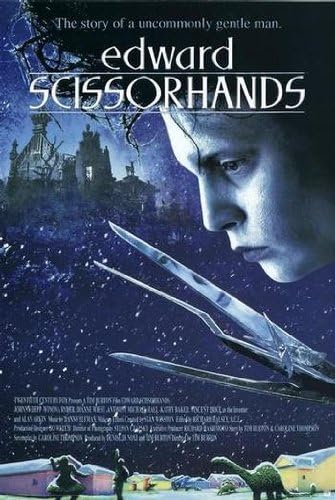 Tim Burton, as is known to do in his gothic fantasies, shows us the darker side of humanity, couched in good intentions. Edward Scissorhands has become a much more depressing film as I’ve gotten older, because of what it represents. Is it really a Christmas movie? I think I l let that ship sail a few movies again and it’s become more something like… movies to watch during December? I don’t know how to categorize it, but Edward Scissorhands is definitely a film I’ve come to appreciate as a reminder of the problems with the human condition and how we can strive to be more aware of how our thoughts, words, and actions affect others, as well as thinking about the backgrounds of the people we’re affecting. While it’s become a hard watch, I think I could see adding it to my rotation of winter movies.