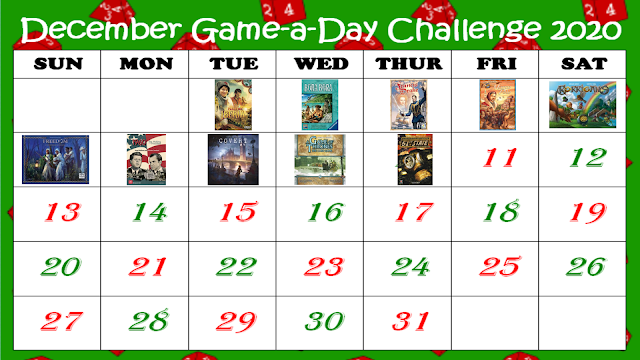 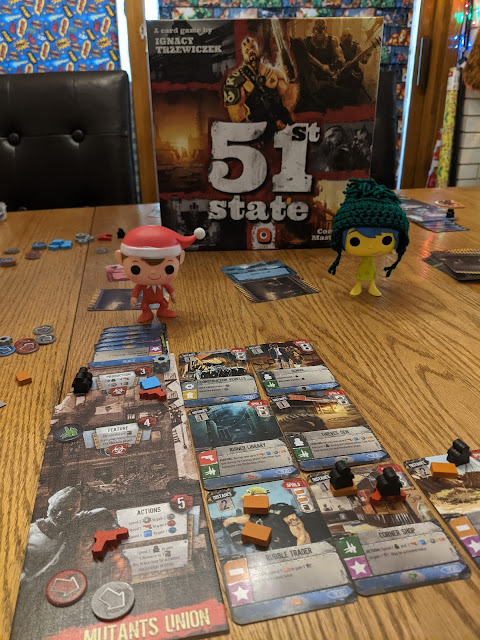 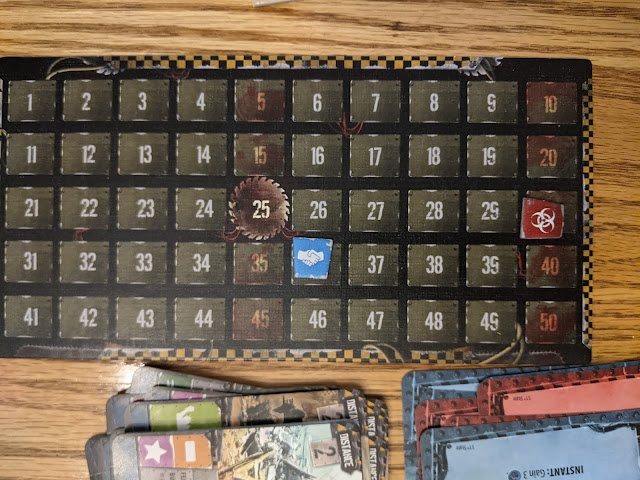 My husband absolutely loves this engine building game. He was also shocked at how quickly I picked it up. You can see from the scoreboard that we were really close, both scoring well over the required 25 points. It was my first time playing it, but I quickly caught on to the combinations you can play with the cards.

Ignacy Trzewiczek's 51st State utilizes card drafting, variable player powers (the organization that you're part ot), and hand management in order you to quickly build up your faction and start earning those victory points. The game has a competitive component where you can actually attack the other player, but it's not a required part of the game if you're not into that kind of competitiveness.

Either way, the game quickly lept into a high ranking on my husband's Top 100 games and he is loving playing this. I, personally, feel that this game is much more up his alley than mine, because he loves deck building games, but I can see picking it up again. It was a good time and a fast play.