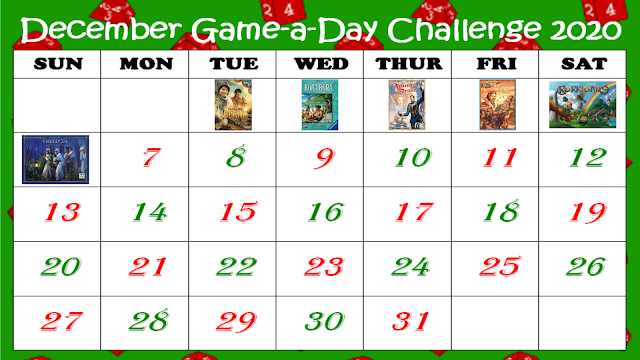 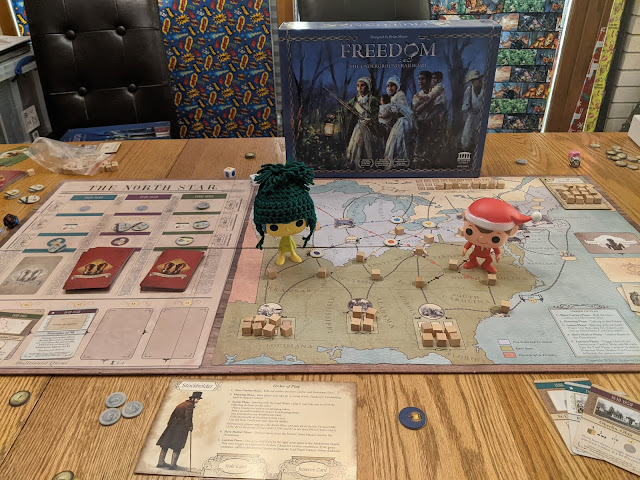 Freedom: The Underground Railroad (2012) is a cooperative game where you are trying to run the underground railroad. You have to move slaves from the plantations to get them to Canada, but along the way you run into slave catchers. You also have to raise money in order to get your railroad going and be able to move slaves away from the plantations. The game uses historic background, events, and people in the game.

I enjoyed the game, but my husband kept saying we started off really poorly. Suffice to say, the Abolitionists didn't succeed at their goal and lost the game. It does generate a discussion about the real Underground Railroad during the game and after play. It's not too heavy and the cooperative aspect helps to carry forward the idea that we are all working together to fix the wrongs.