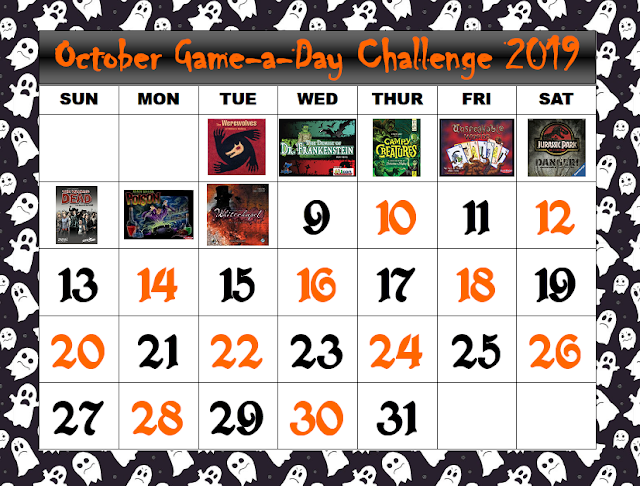 I am an absolute adoring fan of Letters from Whitechapel, Whitehall, and Scotland Yard.

Letters from Whitechapel puts you in the position of one of the most notorious killers in history or the cops who sought to find justice. Players are either Jack the Ripper or the police officers. Each turn, Jack the Ripper secretly moves around the board and the cops need to use their knowledge and powers of deduction to try to catch The Ripper before the final night of making it back to his hideout. Full of fun and strategy and great for a group of people. You can even roleplay the characters if you’re so inclined.

Also, if you’ve played Nuns on the Run, this is a similar gameplay style and Nuns on the Run is an additional fun game that you can dress up for (trust me, I’ve done it), but isn’t a murderer thing!