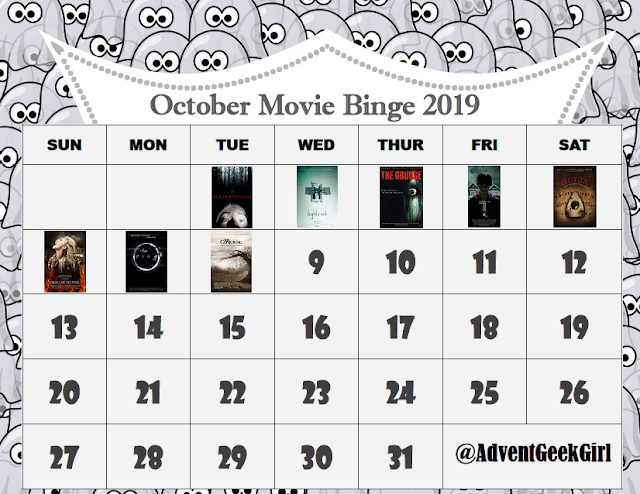 The Conjuring Series absolutely enthralls me. I spent a good bit of time looking into how the films came about and how involved James Wan was in the production. As I mentioned in the Insidious commentary, Wan and Whannell and Peli are these three keystones to the modern take on the supernatural horror genre. What I found at the heart of the production started to open the lid of Pandora's Box even more than this binge session already had.

Long story short, the script went through a bunch of drama to the try to get made, but Chad and Carey Hayes were finally brought on to give the script a treatment and bring it up to something a bit more Hollywood. They are the ones to really bring in the Warren's POV of the events taking place, instead of it just focusing on the family's POV. Here, consultations with Lorraine Warren were even made. After the script had started to be floated, then they attached Wan as a director, which also brought with it Patrick Wilson.

The interesting connection that popped up was that the original writer of the initial script/story, Tony DeRosa-Grund, had made a deal with Gold Circle films. Clearly the deal fell through and the script just got moved around like crazy. Gold Circle films, though, is the production company that did The Haunting in Connecticut, which is another movie that is going to pop up later with the haunted house films.

Also, Carey and Chad Hayes had some horror credits to their name with House of Wax (2005) and The Reaping (2007). Not that any of these have a place in this holiday binge, but the slasher and psychological horror aspects I think are interesting backgrounds to have going into this new and cutting edge take on ghost films.

While I chose The Conjuring as my title item, I also am drawing in the other Conjuring movies. The emergence of one just built an entire franchise that still has a very intriguing development in regards to the ghost/spirit/haunted story genre.

Annabelle (2014-2019)
The Annabelle movies fall more into the possession category. The object (doll) is possessed by a demon and seeks a host to bring it to life. The demon was summoned through the prayers of desperate parents who wanted nothing more than to see their daughter again. How the story continues to develop is really intriguing, spanning numerous films. Another interesting connection between the Annabelle films/Conjuring Universe and the spirit films is Lulu Wilson, who is in Annabelle: Creation (2017) and Ouija: Origin of Evil (2016). She plays Doris in Ouija - the girl who is possessed. She plays Linda in Annabelle - the girl who wants to stop the possessed Janice. The series is really engaging and I love watching it. It still has some spooks and scares after several watches.

The Nun (2018)
This is another demonic entity and I'm interested in seeing how this story unfolds. They say there will be a second one. This demon is connected directly to The Conjuring and what Lorraine Warren goes through. It's amazing how they make sure all the movies are linked. The Nun is focused on an actual demon and its possession of people. I think this movie, overall, is kind of weak. As someone who loves nun movies, this aspect is really disappointing. Once I link it up with the arrival of the nun in the other Conjuring movies, though, it adds a little more information and the potential overarching plot I find very intriguing. I, though, am insanely detail-oriented when it comes to film series and the picture from the convent of nuns is actually in Annabelle: Creation (2017). Sadly, there is no real  explanation of this and while the connection is there, it is never explained in either movie. Maybe the second nun movie will explain it more. Wan said there is tons of information to use to develop the story. It's just about getting a green light to move forward with projects.

The Conjuring (2013)
The two actual Conjuring films that have been done have primarily centered on actual spirits in the two houses that serve as primary setting and how they are affecting their respective two families. I like this presentation, because it reminds me of the roots of the television show Ghost Hunters. It's not about collecting evidence - it's about helping families. Along the way, though, information is collected to be used in the future. I've learned that the last Conjuring, though, is going to return to the demonic and possession with the very first trial of someone who used the possession defense in the court room. It should be pretty great.

The Curse of La Llorona (2019)
Then there's this little stand alone movie. The only connection it has to the Conjuring universe is Father Perez, who was in the Annabelle movies. He helps guide the family about the spirit haunting them. This particular film deals with a malevolent spirit and how she seeks revenge for the loss of her own children. It has a few touches that seem akin to Paranormal Activity, with the idea that you can transfer a haunting onto other people. It also seems connected to Drag Me to Hell, because it involves a person being cursed by another in a fit of rage. A child services caseworker, Anna, takes a, woman's children away and, in doing so, leaves the children vulnerable to La Llorona. The children end up being killed by the spirit. Their mother then calls on La Llorona to go after the Anna's children. Woowee... so much anger and bitterness. This movie really needed a bit of the loving mother, Lorraine Warren. The Curse of La Llorona does have some great scare scenes. For example, how La Llorona lures the children and the car scene! I can't give this stuff away, because it gives some great flavor to the film, but it does feel a little out of place in the entire universe unless it's touched on again.

I love the Conjuring universe. It pushes all my must-see buttons when it comes to a series. Interconnectedness always gets my engine revving and all the different supernatural elements utilized make this universe an absolute must for those completely obsessed with spirit/demon films.