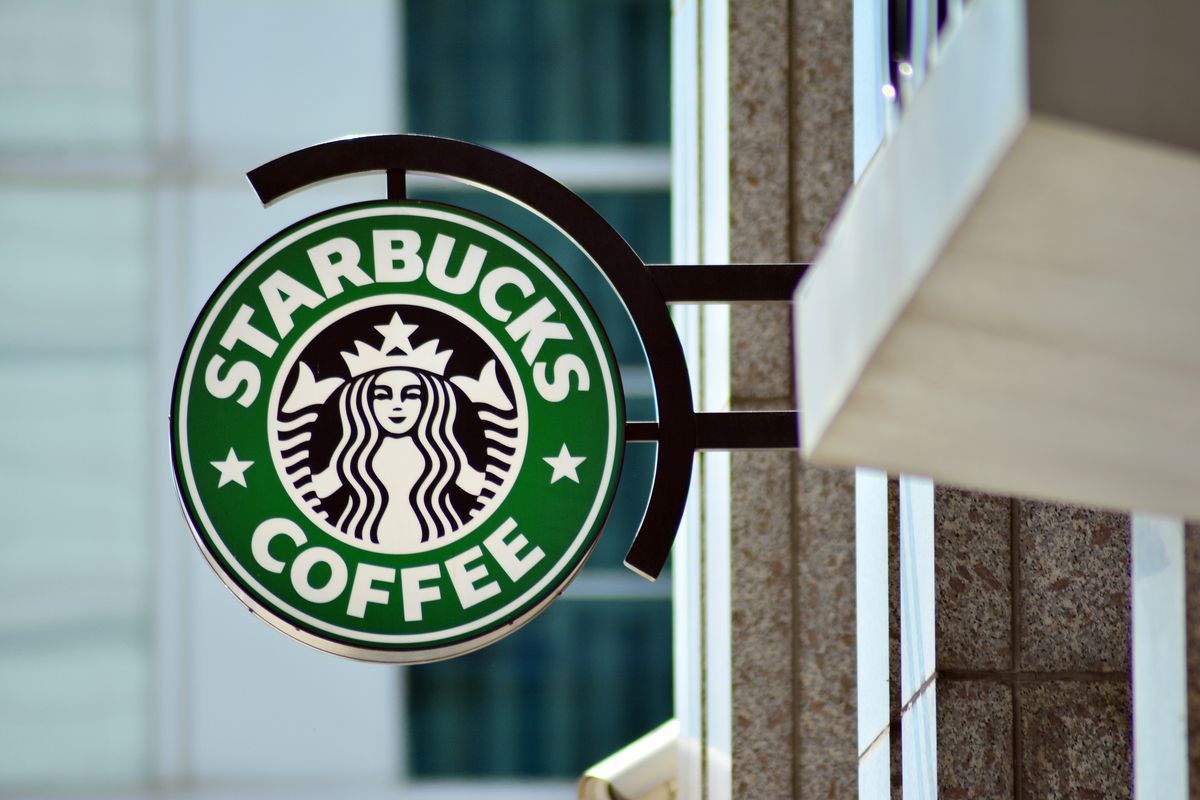 I have to say that I went on a bit of a bender with these drinks. Sugar abounds, which is never a good thing in my household, but after living a year and a half on an extreme food lifestyle, I feel entitled to have a little bit of fun. So this weekend we had a little bit more fun!

The first one was the Smelly Cat. The Friends secret Starbucks menu is popular right now and while the majority of the drinks are just something straight off the menu that a character would order, I thought the Smelly Cat would be a fun drink to try.

Smelly Cat (Totallythebomb.com How-to-Make)
It is a nice drink. It has a bit of earthiness to it from the dragon fruit. It really felt like a "hippie" drink, which is the point. My husband got the same thing and he loved it. 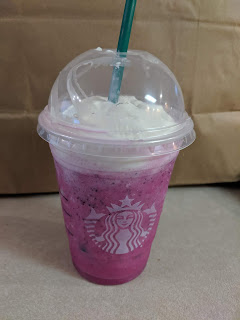 
Then this weekend, we went and tried some spooky Halloween drinks, but also my husband just wanted something that felt more him. The sad part is... I forgot my phone the first time we were going to go, which was when we dropped our daughter off at acting. The second time... and I warned my husband about this, was going to be during too busy of a time and they wouldn't be as happy about a custom order. And sure enough... they were not. So sadly these pictures aren't what we hoped for, but honestly... isn't it also about the taste of it?


The Joker (Totallythebomb.com How-to-Make)
I am a green tea fan. Not a "Venti" green tea fan, but I really enjoy it. The Venti was too big for me, but my husband just went Venti because his order later down was listed as a Venti. The Joker, though, was pretty good! The strawberry sauce with the green tea balanced out the tea and sweet factor. Despite it looking like an injured Swamp Thing or a horrible zombie attack, it was really quite delicious. Unpredictable, maybe, because you never knew if you'd get just the tea, just the sauce, or both. Chaos in a cup? Totally Joker! Awesome! 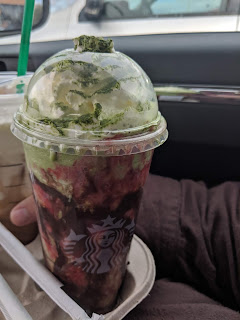 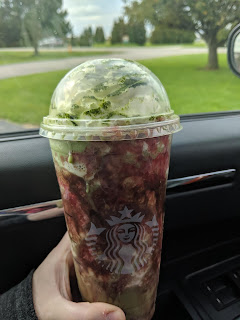 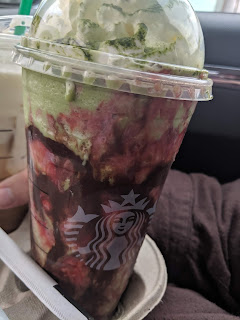 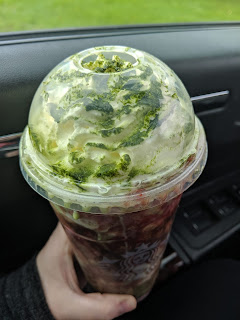 How to order:
- Size (my husband ordered a Venti...)
- Matcha Green Tea Creme Frappaccino
- Draw a strawberry sauce smile on the side of the cup.
- Matcha Whipped Cream (which mine doesn't have, so it's regular whip with Matcha sprinkle)
- Mocha Drizzle finish

Beetlejuice (Totallythebomb.com How-to-Make)
The image of this would have been great, but the lines weren't there and it just all ran down. The person making them was in a frenzy and just dumped things into the cup. But that's alright. It had some great flavor if you're into a more mocha flavor from the drizzle. Almost like... well... it was like a shake with some mocha flavor. My husband liked it just a smidge more than his Horchata, but would not swap out the Horchata for the Beetlejuice. (Note: My husband isn't a Starbucks fan and it takes quite a bit to find a drink he'll like. I learned last week that nothing with Pumpkin Spice should be served to him.) 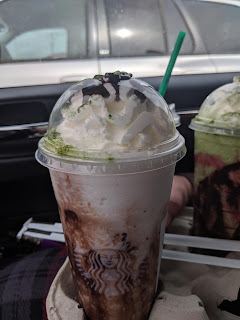 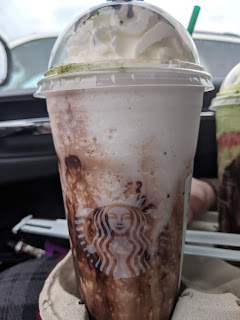 How to order:
- Size (my husband ordered a Venti...)
- Vanilla Bean Frapp
- Mocha Drizzle (lining the cup like stripes)
- Matcha Whipped Cream (which mine doesn't have, so it's regular whip)
- Matcha sprinkles on top

Horchata (Totallythebomb.com How-to-Make)
My husband loves Horchata and tries it most places we go that serve it. So when I was scrolling through custom drinks, he saw it and wanted to try it. He really enjoyed it, especially the foam. It blew his mind! (My husband took the picture below while in the passenger seat... it doesn't do the drink justice and you can't see the cute sip-lid.) 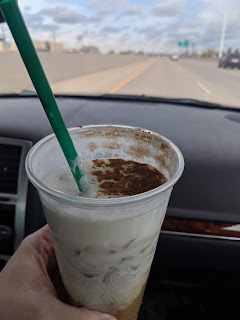 The recipe said to get some stevia to add in, but my husband liked it just fine without. It's a taste thing.


I don't know if I can keep up the sugar rush of the drinks, but I really have had a ball trying these. I also lucked out on one of my drink orders and essentially got the drink for free because of all my stars! Bonus!