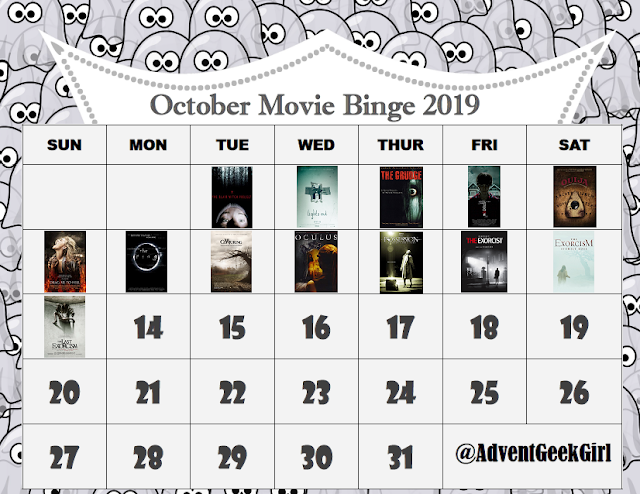 The Last Exorcism has one of those titles that makes you forget about it and a poster that doesn't really match up to the film itself. So every time I see the post or hear the title, I have to rack my brain to remember the movie. And as I watched it, it just had too many things that made me think of Paranormal Activity and The Conjuring combined into some sort of shameful attempt at fear, with a little touch of Southern insanity.

The film is done as a faux documentary, with a film crew following a hoax preacher, Cotton Marcus, who claims he can do exorcisms, but really it's about praying on the weak. He shows up at this family's home and their daughter, Nell, is said to be possessed. There is the act of helping with an exorcism. Then little pieces are revealed that make the preacher think something else is going on and then things take a turn for the worst. The question lingers, though, as to whether or not she's truly possessed or is just ashamed of being pregnant as a young girl.

It essentially becomes a possession film revolving around a Satanic/Demonic cult. This is revealed further in The Last Exorcism II (um... let that title sink in for a second). As I'll get to in a later post, Paranormal Activity is essentially a demonic cult/possession film and isn't about a ghost at all! The Last Exorcism might also be touching on the Rosemary's Baby story of being forced to bear the son of a demon or Satan and you're at the mercy of the cult.

Regardless, the movie is pretty interesting. It has its own twists and turns that make it unique from other possession films, but the sequel is unnecessary with some horribly cheesy special effects at the end, as well as just a disappointing ending.