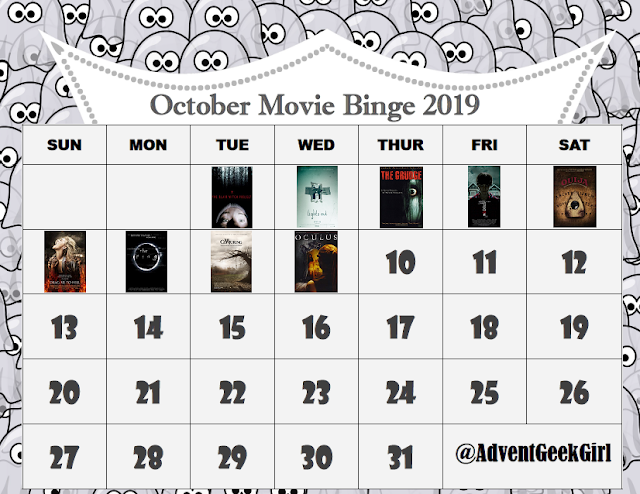 Oculus is an interesting movie that truly deals with a malevolent force. Like with Annabelle (the possessed doll), the main character, Kaylie, is convinced that an old mirror is responsible for the deaths in her family. She spends years and a good majority of money researching and finally tracking down the mirror. Kaylie waits for her brother, Tim, to be released for a psychiatric hospital where he has spent his time after being accused of killing his parents.

Kaylie gets Tim and takes him back to their childhood home where she attempts to rope him into documenting how evil the mirror is. Sadly, it doesn't go well for either of them, because the spirit that inhabits the mirror is determined to keep it's home safe so that he can continue to harass and torture the living.

Having just finished watching Annabelle Comes Home (2019), I found it interesting that Ed Warren asserts demons don't attach themselves to object, they attach themselves to people. I don't know if I buy that, despite demons seeking lifeforms and "haunt" the living until they can enter someone. But with Oculus, the spirit is clearly malicious and wants nothing more than to hurt the family.

When I think back on Oculus I always seem to have a different story in mind. Almost like it combines with another story. I think this is mostly due to the cover, but when I watched it again it really had that kind of psychological scare that comes along with malicious spirit movies. This spirit really goes all out to mess with their minds and it's hard not to feel sorry for the family.