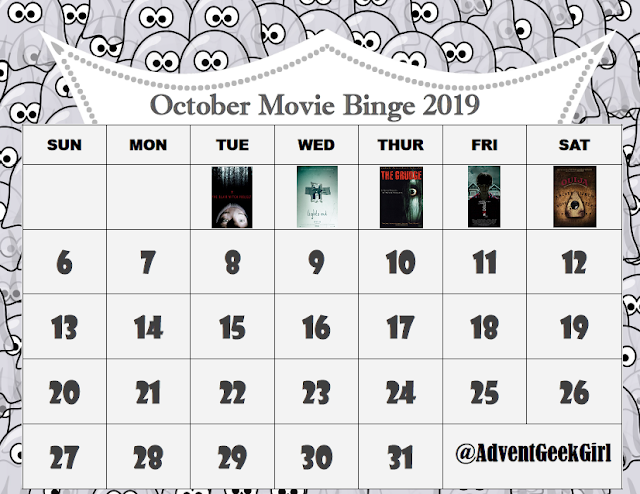 Ouija boards are one of those things that has such an interesting history and either results in a use believing in it's power or the user being absurd about its clearly idiotic purpose. I mean, it's made by Park Brothers for goodness sake (acquired by Hasbro and previously sold by a novelty company). But I'm not here to get into the nitty gritty of a Ouija board. I admit I have used one both in earnest and in ignorance (so many of my friends were obsessed with dares, but I was a bystander). My mom and a few friends made a point of banishing these boards from their house and felt it was inviting evil spirits in.

So are they tools for good or instruments of evil? Ouija explores this very idea. To take away the jaded idea of being able to go to your local Target and buy one, the story allows for the initial character to find an old, authentic looking board in the attic, clearly from previous owners, while cleaning the attic as a chore for her parents. (Sidenote: Who are these people who move into a house and never "clear out" the basement and attic of weird crap that was left by the previous owners prior to establishing their own life in the building?) There is even a special planchette that is used to see spirits if using the board. I'd be a fool if I didn't say I never knew that about the planchette and never really questioned it's actual shape.

Ouija uses the energy of an object for a spirit to manipulate people. This is the first movie out of my set to start to tap into the idea of objects allowing for malicious spirits to exact revenge.

The most intriguing aspect of the Ouija films is how we identify with the villains and the heroes. Both Ouija and Ouija: Origin of Evil cause us to check our preconceived notions of spirits at the door. It is a concept explored in The Ring, which is Monday's film, but Ouija brings it out in a very intriguing way. If I actually explore the ideas, I'll spoil the film(s), but suffice to say... sometimes the ones we think need saving maybe don't deserve it.

Upcoming Trivia: The writers of Ouija, Stiles White and Juliet Snowden, also wrote The Possession, which is coming later this month. Additionally, this is another Sam Raimi and Ghost House Productions film.