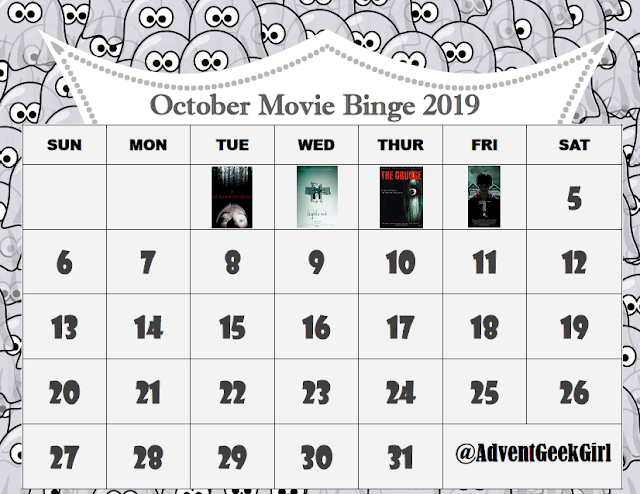 The Insidious Film Series is incredibly enjoyable. A friend of mine hates it and my husband and I have yet to fully understand why. I understand if it was the horrific violin music they use, but I like the interesting take on the afterlife in these movies.

Insidious is a series with modern horror greats at the very center of it's creation: James Wan, Leigh Whannell, and Oren Peli.

Peli, Wan, and Whannell stayed involved in the project in different ways throughout the series, but James Wan branched off to work on his own box office busting series The Conjuring. He seemed to have taken Patrick Wilson with him, because Wilson went from traveling the astral dimension to portraying the most iconic paranormal investigator of all time: Ed Warren.

The series seems to follow the touchstone character of Elise Rainer (Lin Shaye) as she tackles difficult spirits throughout her career. Funny enough, as seems to be the case with several supernatural horror films of late, the movies start with her final case and the second film deals with how to wrap up the final case.

The serious deals with insidious (malicious) spirits waiting on the edge of the afterlife so that they can regain the joy of life. This includes demons and also spirits that seek to harm the living in payment for their own eternal and mortal suffering. Interestingly enough, even in the "real life" ghost hunting world, demons and demonic possessions have started becoming a common topic of discussion, mostly fostered by Zak Bagans of the "Ghost Adventures" show. It is an interesting discussion, I suppose, trying to pin down what are potentially ghosts (residual or intelligent) and what are demons. I have theories on this, but this article is not the place for it. I appreciate the line these movies walk in regards to that current conversation.

The Insidious films use the shock factor when it's scares, creating hideous images and visual events that cause you to jump and cringe. What I love about these films is that they are still story driven via the horror elements in the film. So many ghost movies either all into the pit-trap of being too overly wrought with plot and the spirits are merely a backdrop to the storytelling or the storytelling is merely there to generate the scares. I suppose this is true of all types of films, but the ghost movie is so varied in it's presentation of suspense and horror.

Wan, Whannell, and Peli changed the face of the supernatural horror genre and while the Insidious films have come to an end, there are more films to come from all of these creative masters.