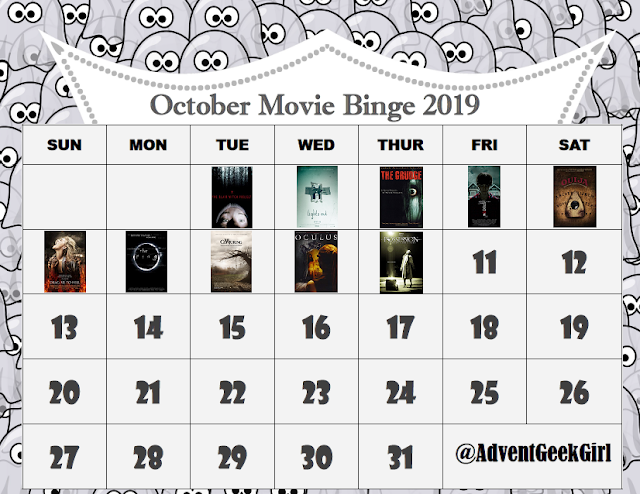 The Possession has an interesting place in my spread of movies. It has the malicious spirit attached to an item quality, but that spirit possesses the daughter in a very demonic way.  The dybbuk box is part of Jewish mythology and there is part history and part fictionalized horror. The box itself is said to have been specifically a wine box and that, when burned, will burn an excessively long time, releasing the spirit. At some point, a guy created a box and sold it on eBay along with his fiction story about it, which is what this particular movie is based on. Well... based on the story, not buying the box off of eBay.

According to one of the histories I read, the dybbuk originally was considered a demonic spirit, but over time it was changed to be an angry spirit.  This is primarily why I put it between the possessed items and demonic possession.

The Possession itself is an interesting movie. It follows the same traditional format of not realizing an item is possessed and essentially getting entangled in the situation. Again, here we have an individual who takes on the spirit from the box, fighting from inside. This is similar to the Annabelle movies in The Conjuring Universe.

One of the best images, though, is in the hospital and the scan of her inner body. A unique touch in this particular genre. Addressing that idea of where does a spirit or demon go when they possess us or is it just an ethereal thing.

The film has its creepy moments and how people suffer at the hands of a possessed tween, but again the plot is relatively formulaic.