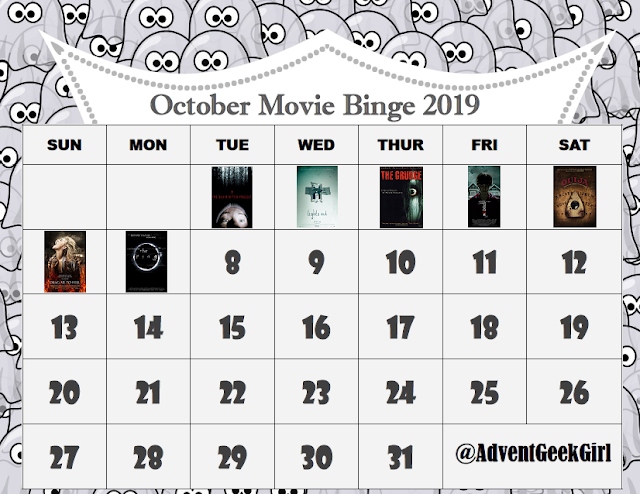 When The Ring came out, I remember it caused a new film obsession with Japanese horror cinema in the United States. Not only were fans of The Ring obsessed with the American remake, but Ringu started to make the rounds.

I should have watched it before The Grudge, in this binge, because The Grudge came out of this new Hollywood obsession. What is interesting, though, is that sometimes both films are great or one is significantly better than the other. In a movie I'm watching later, the Japanese version is far superior to the Jennifer Connolly remake.

I like the pacing of the American one. I know, as a country, we supposedly can't appreciate a long burn movie, but the original loses interest once the island investigation starts. In this one, it moves at a really reasonable pace and keeps our interest going without huge lulls of driving and swelling music, attempting to cause suspense, but instead makes it like a Sunday drive meant to be little Timmy to sleep.

While The Ring has the scares that pop up throughout, the real story is based in the investigation. What drives me nuts, though, is the video. Watching it now after all these years, the video still bothers me even more. It was too film school, which the character Noah mentions. It just brought back too many of the bad feelings I have towards my time in academia in the Humanities and the Film Studies departments in general. It reminded me too much of Un Chien Andalou (The Andolusian Dog) made Luis Buenel and Salvador Dali during the surrealist movement in Europe. Art for art's sake without any rhyme or reason. I've officially decided these ghosts were fans of artistic Euro cinema.

What is different from the surrealist movement, is that here all the images and things have a deeper meaning that drives the investigation and could potentially save lives, affecting the characters in the movie and not simply frustrating the audience. It's art for the sake of horror. Luckily, the artistic take makes the horror that much more memorable. The burning circle of "the ring" and the creepy long-haired girl crawling out of the well and the walk towards you and all the aftermath... haunting.

At the time is was more powerful. In today's world, people demand much more hardcore scares and I can see this not playing as well if released based on today's mainstream standards. Sad, but true... the jaded internet, need to feel smarter than everyone else (lack of humility?), and the ever growing quality of the post-production process has done so much damage to the industry in so many different regards.

The Ring, though, stands up as much as it can. The most recent addition, Rings (2017), taps into the modern by attempting to understand the move from video to actual digital content. Would the "curse" still hold? The American remakes are just The Ring (2002), The Ring 2 (2005), and Rings (2017). The Japanese series had a series, but then a prequel.

As far as what it contributes to this binge, it has the malicious ghost and her attachment to an object in order to wreck absolute terror. And like The Grudge, that spirit just can't seem to be sated.