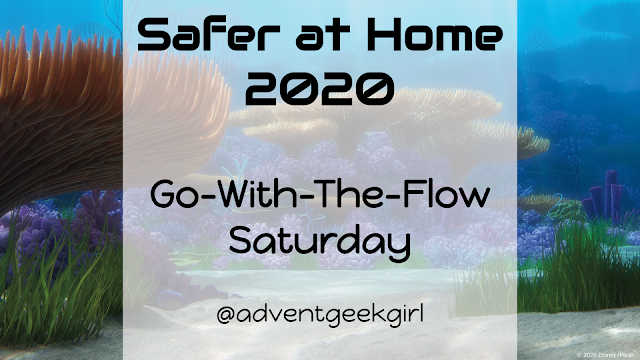 Today certainly was a go-with-the-flow day.

I got in a walk with the dog again. This time my daughter came and I told her because it was still "dark out" that we had to be quiet. It was the quietest walk I've ever had with her. It felt nice.

When I got home, I spent the morning working on some meal prep. I made chicken for salads during the week. I also made mini-meatloaves that we can just throw in the microwave when we're hungry or I can take them to eat. So I accidentally made a very messy kitchen. I also made more hard boiled eggs. My daughter eats those, too, so it's nice to have them on hand. Then I made breakfast for myself and my husband (my daughter wanted her yogurt and cereal).

After a little downtime, I got my husband onboard with things I wanted to do. We went up to my classroom and started to fiddle about with things. The construction still isn't done, so I'm a little irked that I can't do everything I need to do, but I have some ideas now and I think I'll see if I can get him to go with me again tomorrow to put my vision into practice. It is incredibly hard to get a minimum of 12 desks at 6x6x6x6 apart in my classroom. My coworker got 15 in hers, so we'll see what I can do.

It was a pretty active morning, so my afternoon was relaxed.

Late in the day, I received an email from my district that I would be teaching 1 section of Literacy through eAcademy for, what they call, an overload. I was so excited! They had sent out a survey a bit ago and I had replied with a yes, but I hadn't heard anything. So I'm really excited to have been given the opportunity and the pay will be helpful, especially since my husband lost his clients due to the COVID stuff.

After that we got in the missed game of Sagrada from Thursday! I won, but not by much. I think technically my husband won, because we realized after scoring that I had a wonky die, but so did my daughter. So we enacted the "wonky die" house rule. It was my daughter's first time playing. So in spirit I won... technically I think it was a "false win." 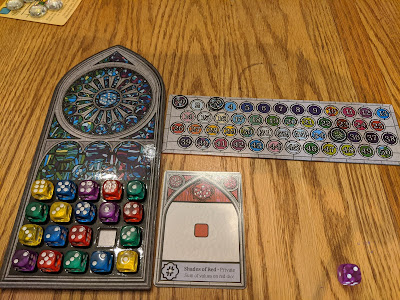 The rest of the evening was bouncing between school work and watching television. I've found that I do not like the start of the Gilmore Girls Season 4. Too much tension, most of which doesn't even need to be there. Quite a bit of which is between Loralei and her mom. It felt forced and manufactured and immature. Like the writers felt like she needed to constantly explain the issues with her mother and then even Rory got in on the action. There are issues in their relationships, I get it... maybe too clearly, but geepers... Then the Luke thing! Sookie and the baby drama. Jackson really is a dolt. Oh goodness and this is where Zack "takes over" the band. I never really liked Zack. He's so whiny and immature. Oh and the whole Dean storyline... oh my goodness... Just lots of "what in the world is wrong with these people" storylines. Kirk, though, starts developing more and his weirdness is finally being appreciated. Huh... I wonder how many people have done academic papers on the way men are portrayed in the Sherman-Palladino worlds of Gilmore Girls and Mrs. Maisel.

But that was the day. Some catch up and some work. Really just going with whatever the day gave us. 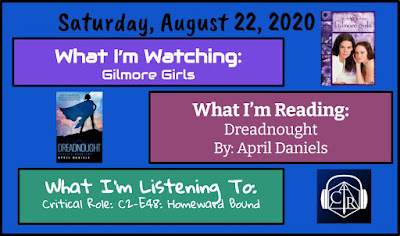