The Joy of Gaming: 6 Days Until International Tabletop Day - Concept 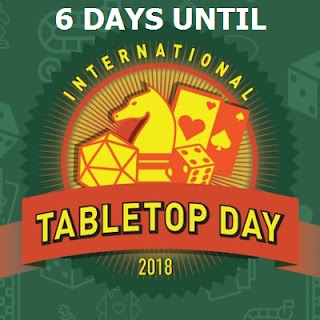 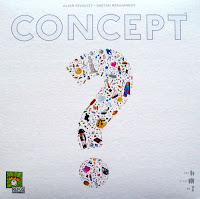 Concept is a party game that really has its focus in charades, but you have to use the images that are on the board. I know kids love this game, so we brought it as a weekly game for our game club. As I listened and watched my kids playing the game, I was horrified when I heard "RACIST! RACIST" being yelled from the back gaming room. I didn't know what was going on, so went to find out what it was... sadly, it was a student I had been having some difficulties with and while the comments may have been taken out of context, the yelling of "RACIST" during the game didn't fly. So it sadly left a bad taste in my mouth and, I think, also ended up affecting how the kids perceived the game. While in school there is the idea of fun and appropriate fun. I can understand being overly silly, but that kind of silly I can't have on my head.

We did break the game out again at our Lock-In and while I missed out on the game play (because sometimes people need their sleep), my husband just raved over how brilliant kids were at the game. It's always so shocking that in my club they seem so anti-gamer, but they get to the Lock-In and it's like hardcore. So strange.

Either way, I can't wait to break out Concept again and really start to appreciate how awesome it is.