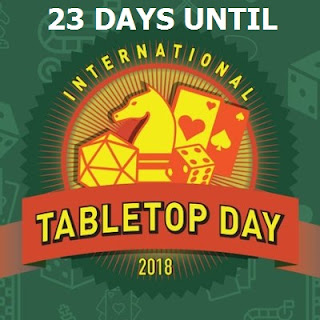 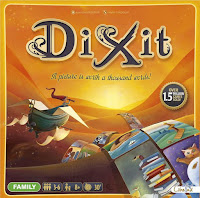 Dixit is a game that has absolutely enraptured me. I love the use of images to make clues for the other players. Additionally, I love that the clues can be references, but that you have to make sure you pick and choose your clues carefully depending on the audience, because if you are too obvious or too vague points might be lost!

Dixit's art is beyond amazing and glorious. I know people have used the cards to make collages and other decorations. I loved the art so much, I used some cards in my classroom for story inspiration. The game itself inspired in me strategies for my Literacy classroom. I developed an informal assessment where I could actually see where students were at with deep reading strategies based on how they look at the cards, the hints they gave, etc.  It is a very challenging game when it comes to using context for clues.

I have also brought this game in for various family events or club activities and it is generally enjoyed. Most kids compare it to Apples to Apples, which they sometimes treat as if it is more fun, because they didn't even give Dixit a shot, but I can only do so much to spread the love. Once they open their minds, they see how clever the game is, but like I've said before... it requires a bit of thinking on the part of the participants, which occasionally still falls short on people who think games are just there to play, have fun, and kill some time. That mindset is changing very rapidly. 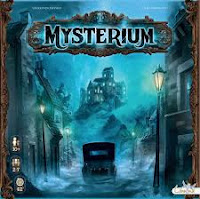 When Mysterium was announced and it was revealed that spirits are sending messages through the use of images, it became an immediate purchase. It still offers the same challenges are Dixit, but now it's one person who is giving clues to everyone through the whole game. Each player has their own layout that the spirit needs to send messages about, so you're always having to think about the player and what clues would work best for them. It's hilarious what people latch on to and it has nothing to do with what you shared with them, so, again, you have to be very careful not to send the wrong message.

We recently played these with some of my club kids at our lock-in and it was quite a bit of fun. The mystery all tied up in the clues that you have to figure out really intrigued them. Most voted to play it again and I can't say I didn't completely agree.

Sidenote: The Mysetrium episode includes Laura Bailey, which always makes everything sillier. For those who might not know, she's on Geek & Sundry's Critical Role and was also on Wheaton's RPG show Titansgrave.