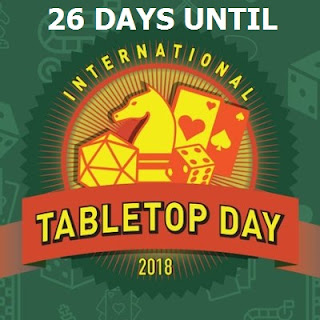 I chose these two games for a one-shot entry, because these two games have become the bane of my existence as someone who wants to introduce people to different types of games. I played Munchkin and thought it was so cool. Having only really played Magic as a "dueling" card game, this was interesting to me. The cards were silly and unique and I loved all the different skins. So when I started my Tabletop Game Club I thought this would be a good game. I took out some of the more risque and inappropriate-for-school cards and brought it to the table. It wasn't really a problem at first. Then it became something that was an addiction. Then kids started bringing their own copies in, which I feared being responsible for the questionable content. A student also told me a game store owner really frowned on the fact that Munchkin was in a middle school, because the content is too adult.

I struggle with games that stop these kids from learning and experiencing other games. I don't mind if you break out Love Letter or Tsuro or Fluxx or Dragon Slayer once in a while, but every single day for at least a week, sometimes more, is just not alright. Expand your mind and play something that requires a little more of you as a gamer. So Munchkin left my game vault. It became a slightly tarnished game for me and I haven't played it for a while now. I get I shouldn't be so uptight about the whole thing, but it just became something that was not in line with what I wanted my game club to represent. Sadly, the club has basically become a social gathering and not so much a house of worship for tabletop games. I say sadly only because I wish my club had a little more integrity, I suppose. 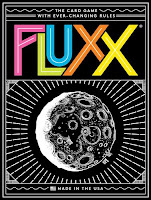 Fluxx fell into the same problem as Munchkin. I really enjoy Fluxx and the various skins that are available, which include some of its own unique twists and rule alternatives, but it was just on the table so very much and overshadowed other games that were just as good but took more investment.

This might seem like a really negative entry about these games, but this is sometimes what happens to games you love... you have a falling out and the outcome might not always be pleasant. I still wouldn't mind playing these with my husband, but beyond that I think it's still a sore spot for me mainly due to sharing the games with my students.  Sad face.