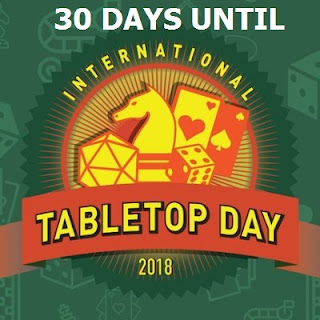 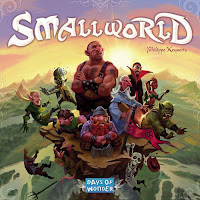 Small World is a game I was playing before Tabletop ever aired with it. Our friend Jim introduced us to several games before the hobby took off and became a way of life for so many. What I loved about Small World was this interesting way of dominating a board in order to get points. You spread yourself out and have variable character powers, but you also have to be willing to put your civilization in decline and let them be wiped out so that you can move on to bigger, better, newer civilizations! I liked the interesting dynamic of area control, a common mechanic in games but not one I have ever experienced personally before.

I introduced this game to my game club and every time we break it out, the kids get all giddy about what races to take and what combo might come up. I love this game so much, my husband has been continually purchasing expansions. Having so many variations makes it even more enjoyable.

I chose Small World for this article, because it is a game that was part of my initial introduction to Tabletop Games. According to my husband it was the eighth game we ever owned because he's weird and tracks that sort of thing. As I mentioned, it was long before Tabletop aired, so when I saw it was the first game on the show, I was thrilled, already acknowledging it as one of my favorites. The episode of Tabletop also helped with teaching the kids the game in a quick way. I was still learning, at the time, how to teach these long and complicated games in a succinct way. Plus it introduced the kids to the show, even though I always had the disclaimer of language. We even joked about starting a running tally on the blackboard in the back room for wins and losses on games that were played. These were in the early days of the club, so we were still trying to figure out who we were. We did not, though, do that. Now I'm wondering if we should do something a bit more interesting with the gameplay. Hmmm.... the idea is reintroduced.

See, even now the show is still inspiring me! So enjoy the first episode of Tabletop!