Harry Potter: Hogwarts Battle was a game I desperately wanted. Have I mentioned I love deck builders? Our friend had it and broke it out one of the times we were over. See, what I love about this friend is that he doesn't put up with hemming and hawing. He's like, "You like this game? We play this game." BAM it's on the table! Or, all of a sudden, you'll just be talking to him and he'll be subtly setting up a game, so when the conversation is done... BAM! There's a game on the table. He's like the Emeril of getting games to the table. I love it!

Back to the game, though. Our friend broke out the game and I thought it was just the coolest thing. I think it also convinced my husband that a copy would be a welcomed addition. We're only at Year 3 in the pack and we were doing really well with Hermoine and Ron, until Lucius Malfoy came onto the scene. AHHH!!! That guy did us in. So we'll have to try again. 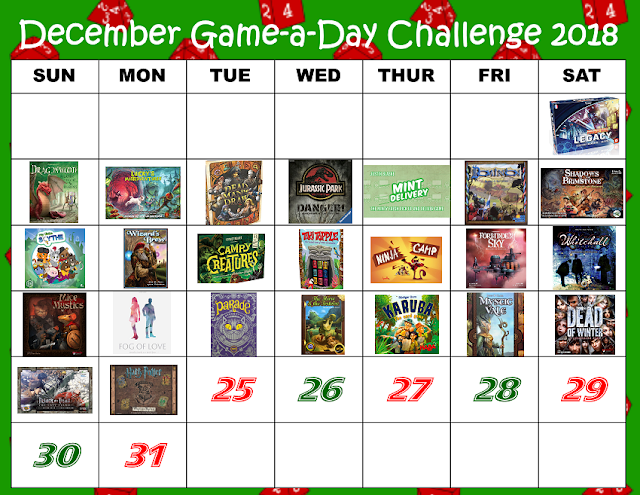 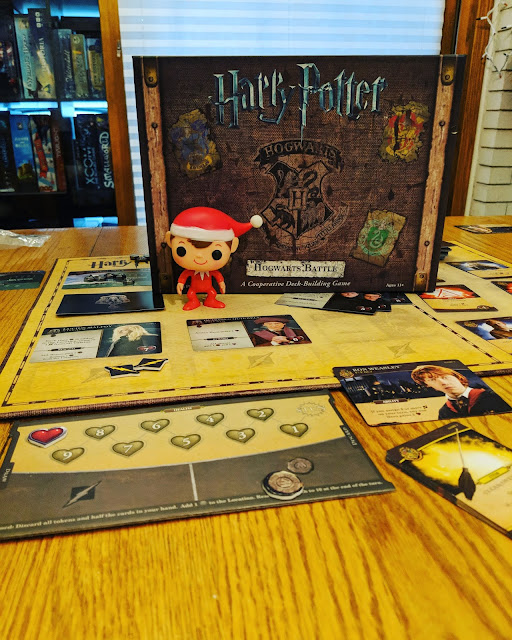 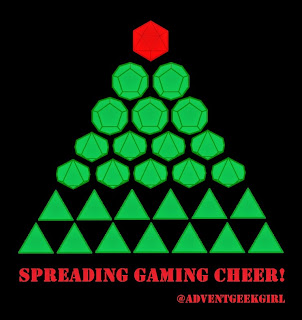