What I love the most about the Trailblazers are that the are always here on time and clearly appreciate what the club is offering. I mean,  I literally think they would stay all day if they could. Sadly, when we leave, the games go with us. As I've said before, most of these kids are my kids from game club and spent ALL night at the lock-ins playing as many games as possible.

I had to leave the most of the morning, due to issues going on with my daughter. The always common concern with little kids is that they aren't sleeping enough and, sure enough, she was lacking sleep on a level unknown for her in a long time. I was able to return around 1:30 and they were heavily entrenched in Arabian Nights.

They played quite a few fun games, though, while I was gone and that I was devastated not to be able to be a part of. 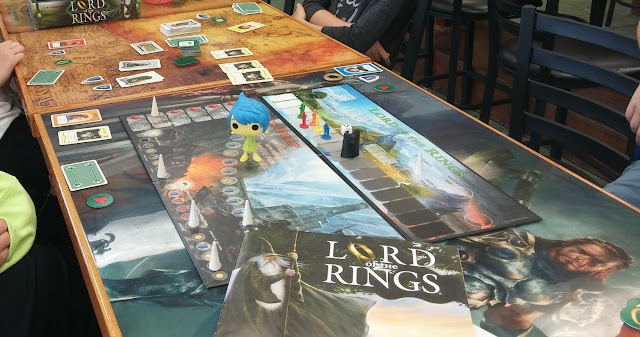 They started out this this and it sounds like it took them a long time. 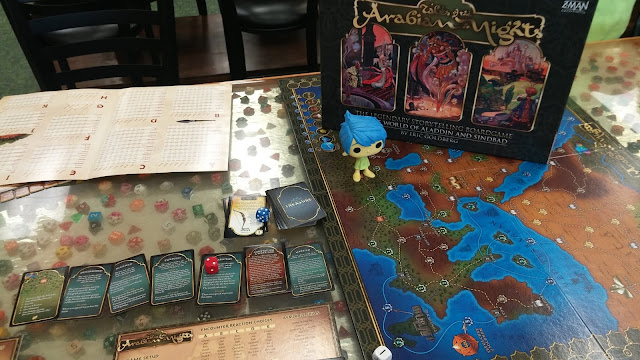 This finished off the day and the kids were so very much into it. It was kind of RPG, but still a board game with goals. I laughed as I listened to them place and have to deal with the different encounters. Already they were discussing their individual quests and earning destiny. This was definitely the game that I missed being able to be a part of and play.

X Marks the Spot (2011)
There were only a few minutes left, so we pulled out this game from Rather Dashing Games. Once we played through a round, the kids were off to the races. Shockingly, one of them got their three Xs pretty quick. I have come to the conclusion that they were just killing time and I'm going to break this out another time. Their poor burned-out minds were pretty toasted by the end of it all, just because of the heavy games they'd played.

Overall, another great showing from the Trailblazers. It doesn't seem like they played alot of games, but they played more in-depth games. This is the age those badges are really made for. haha!

On a side note, I have some sad news and I really don't know how to handle it. I've said again and again about how it's been hard to find support for our summer club because we are hosting it at a store. It dawned on me that so many schools are having work done on them during the summer, whether construction or just straight-up cleaning that it'd be really hard to get in to have a consistent club that didn't interrupt or have problems with places that are hosting summer school. The same thing with the Library. They have all sorts of programs bringing young people into the library, so how am I supposed to get into those places? Once again, why are we being "punished" for having it in the absolute perfect location?