So we went into Day 2 of the ages 5-9 group with high hopes. I get that it's alot to ask an adult to accompany children, but I honestly don't want to babysit the kids. In my mind, though, I think "have one adult bring a few kids" instead of just one adult per kid. Does that make sense? And the being able to attend as an open gaming event I thought would also be helpful, but after last week, I can honestly say we were hesitant for what would happen today.

Our hesitation was well-founded. We spent about the first hour with just our daughter. Our daughter was absolutely devastated, because she was so excited to play games with other kids.

At 12:10, though, kids started arriving, but my daughter needed to leave for her other class. Again, heartbreak. But by the end of the day we had 4 kids who had come in to play and join the club for the badges. Our club currently has 3 girls and 2 boys and, at the risk of sounding judgmental or bias, the girls have been some of the most wonderful kids to play with. It does my heart proud to see these young girls embracing this hobby and feeling empowered by their gaming skills.

Day 2 started out rough, but picked up as the day went on. Here is what the kids played. 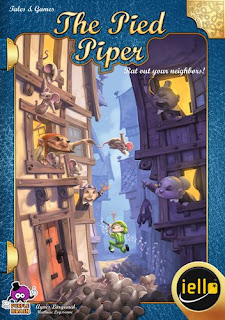 We played this with my daughter while waiting for other kids to arrive. 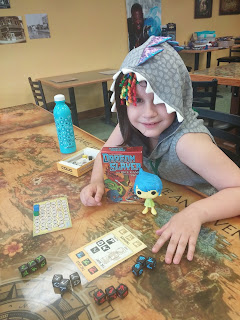 I honestly believe I should start being paid for how much I mention this game and promote it. No, seriously.... does an entry even go by without me raving about how much my students, daughter, con-gamers, and I love this game? Woowee... Played this with my daughter while we waited. Plus... um... there had dinosaur/dragon clothes at Target that we freaked out over and bought and my daughter wanted to play the dragon game while dressed as a dragon. A girl after my own geeky-themed heart. 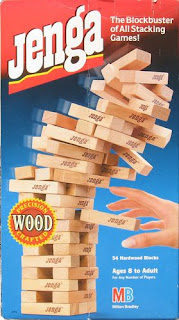 One of our club members arrived and they played Jenga, because my daughter was in the middle of Dragon Slayer and also had to leave for her acting right after. 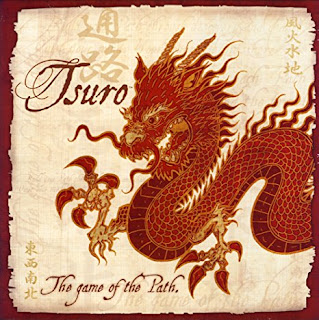 Another game that, if you search my blog, you'd probably find is mentioned a million times. Love breaking this game out for club, my game unit, and introducing kids to, what I consider, a variation of chess strategy - having to think, sometimes, three steps ahead. Our new member, an adorable little girl who is the daughter of my in-coming student teacher, knew the game and wanted to teach it. So she lead the charge and all the kids and my husband played. 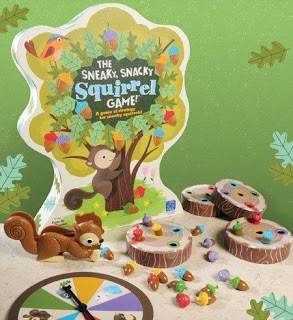 This game was brought by one of the kids and was played by all the kids. 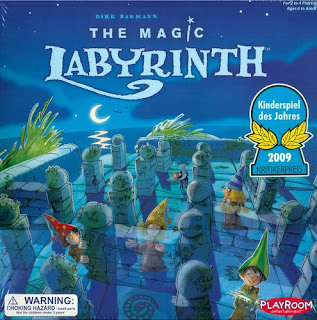 This had the cutest exchange I had ever seen from a kid. The two girls played this with my husband while the boy played another game. Towards the end, one of the girls didn't want to win. She wanted the other little girl to win. There was a conversation about choices and how that might not be fair to the other girl who might want her win to be because they had a good game of strategy. They are so cute! 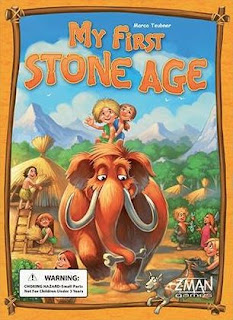 One of this kids saw this played last week and played it with two other adults that were there. Proclaimed it was so easy, because he won so quickly and that the game said 15+ minutes, he played it in 10. Sadly a piece appears to be missing. I find this to be interesting because 1) my husband and I packed up the game last week and had all the pieces and 2) no one has opened the game since last week. We just bought this game a few months ago, so... a little frustrating. 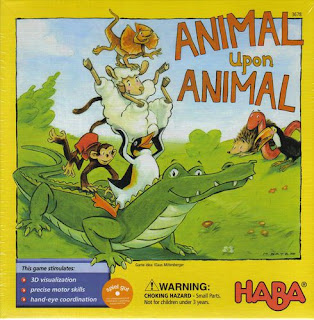 I love introducing this game to kids, because it is always a hit. Once the one girl left, it only left two kids to play, so they broke out this game. I was in a meeting, so I didn't get to see how it played out, but I know the kids proclaimed it as amazing.


Carcassonne (w/ Expansion 3: The Princess and the Dragon) 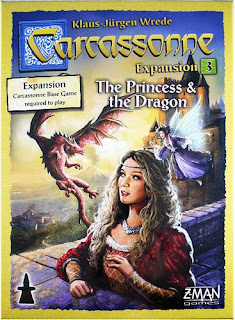 One of the new kids arrived really late and kids were already invested in games, so him and his mother played Carcassonne with the Princess and Dragon expansion. They were having fun when we left.


The drawback to this week was one of the kids became obsessed with getting their game card stamped and wanted to speed play a bunch of "easy" and "fast" games so they could get more stamps and more pins. I was a little shocked by this. I mean, the point of the club was to be exposed to new games, teach each other, and play with other kids to build social skills. The cards were just an added fun activity. This, of course, made me think about what to do if a kid did fill up their card so early. Would they stop playing? I have some ideas, but still.... an ethical gaming dilemma.