I had no reservations for the Trailblazers (ages 10-14) like I had for the Explorers (ages 5-9). These kids are dedicated and, to be fair, four of them are my students or graduated students. I know they've got the love for the game.

I still lamented today the lack of publication our summer activity got. It is a free event in the community. Just because it is held at a local game store, we aren't allowed promotion from any of these community sites or through the school district, etc. I have a whole diatribe, but I'll leave that for another entry. Hopefully as the summer continues on more kids will start to stop in and see what we have to offer. I continue to promote the events on Facebook, through the store's page via photos of the games, etc.

Today was a whole lot of gaming excitement for our 5 brave souls: 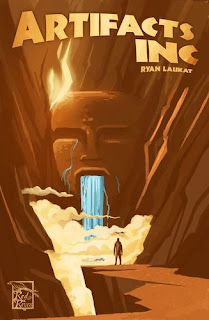 My husband as this adorable addiction to archaeological games. I mean, he has Indiana Jones running through his veins. He was super excited to be able to bring in this game. Since the boys had already started Dragon Slayer, he played this with the two girls who arrived after them. 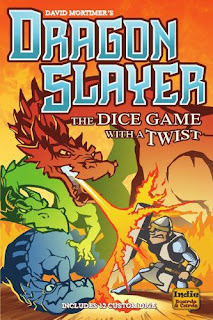 Oh goodness... here's another plug! See previous entries! Today it was used as a warm-up game for the heavier things to come. 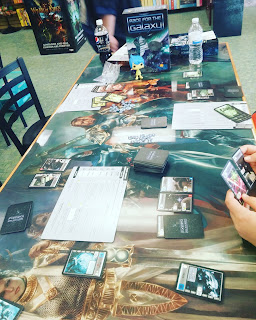 A game requested by our hardcore Euro kid and his passion for all things Sci-Fi! Then again... maybe Euro is how we're perceiving him, but maybe he's super into 4X. I'll have to research this further. Anyways.... so of course my husband has zero reason to not bring this game in and he coached the kids through playing. I loved that they got the game out, read through how to set it up, familiarized themselves with the directions while waiting for my husband to assist them. A bit busy for them, but they seemed to enjoy it. I feel like we need to ask the kids to give us some indication of their liking of a game so that we can better plan. Just add it to the list! 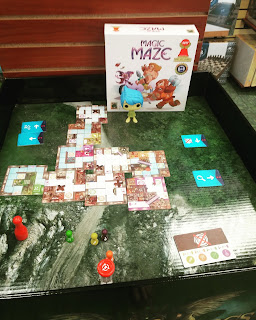 Magic Maze is a game on display at the shop. I'd been glancing over at it, but hadn't really taken a look. The two girls who attend wandered over and one of our shop ladies (the daughter of one our teachers at my school) taught the girls how to play. Essentially you have to play the game without talking and you can only communicate using the red pawn and the blue cards. You have to get the little colored pawns to their matching weapons and then out of the maze. Certain things happen and there are timers. I think at the flip of the timer they have a chance to talk before touching a pawn that round. Either way, it looked really cool and later in the session one of the girls taught it to my husband. Now THAT made my heart flutter with pride.

The other thing I liked about this was that it demonstrated how the wealth of knowledge the people at the shop have can really help others learn, too. I mean, I knew nothing about this game and they never would have been exposed to such interesting game mechanics if we hadn't been at the shop. The kids get to see what others are playing and even come up with ideas for what they think they want to play next time. Just because it's a store, doesn't mean there's pressure to buy. I mean, heck, you could say our binder full of games that the kids can request to play is selling games, when you think about it. A digression, I know, but still just another great point for why hosting it at the local game shop was better than hosting it at a school. 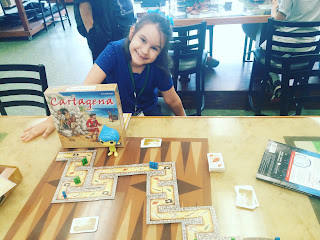 Set collecting, escaping pirates, and secret passages.... what could be better? I thought for sure my daughter would get a kick out of this, but like last week... something came over her and she all weird about playing a game. We're starting to think it's playing in public or the "fear" or losing around people. She wasn't even losing, actually. I don't really understand, but I thought for sure she'd enjoy playing this with me. The mechanics are simple and she's good at planning ahead.... ah well... for another day and another crowd. I love it, though. 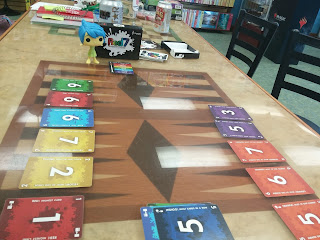 Another one that was played the previous week, but one of the girls hadn't played it yet. I think it's one that'll make it out of the vault more now. 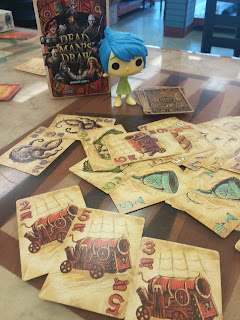 The kids played this last week, but my husband played it with one of the girls who, I guess, hadn't played it. Another game that I think will make it out of the vault more now that some of the new kids understand it and haven't been brainwashed into playing the same old games. 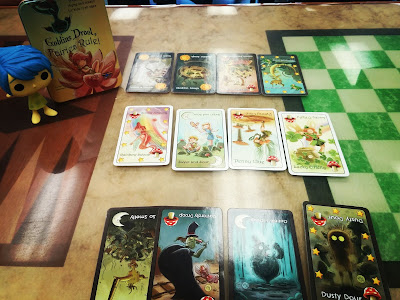 Goblins Drool, Fairies Rule is a game that I bought way back in the day. I remember sharing it with my students when we did our first Tabletop Game Unit for Literacy. The girls who used it made a similar game dealing with dress code (they had to do a "human rights" issue). ANYWAYS! It's out of print now, which breaks my heart, but it's such a fun little game. I saw online you can get a print-and-play, but it's just not the same. I shared this with the two girls who come in. In short order, they defeated the game and then the other girl had to leave. It's a simple game, but I really wish I could buy new copies without paying an arm and a leg. 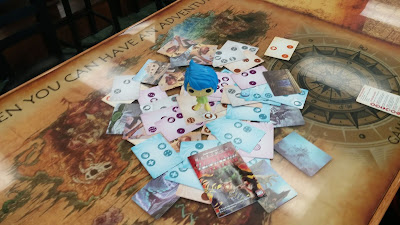 This game came in our AEG Black Box (2014). Maximum Throwdown: Overload  is a standalone expnasion for Maximum Throwdown (2013). You have to toss cards, so the dexterity part is pretty neat. We hadn't really played it with many people, but the kids really liked it and playing it with a larger group is so much more intense! I personally think getting he original would be pretty awesome, too, but we're happy with this little bundle at the moment. 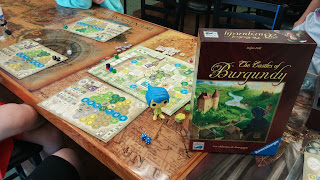 For those of you who might have contributed to our GoFundMe, this copy was bought for our graduating 8th grader and we broke it out to play today. What a great way to end our second day with the Trailblazers!

Can't wait for next week! Things are heating up! So much so that I've already been thinking about how to up the badges, since one of my members already has her D12 badge!

This is what I'm thinking:

After that, well... you're just a really hardcore gamer. I was also thinking of adding a special Explorers or Trailblazers badge... like a completion badge of honor or something. A work in progress I suppose.