The Joy of Gaming: Our Last Tween Lock-In

Well... it's not the absolute last. It's just the last of this school year, but I figured the title might have become a bit obnoxious in length if I put in all the additional information.

The best laid plans of teachers and students often go astray. I sent home the letter of intent in January with all the dates we booked the library at our school for. I said I can change any of the dates if I have advanced notice, especially if many of the students could not attend. I put the date on the board in my room under club announcements poster. I remind the kids weekly about the dates.

What happens is... you have 6 kids out of 13 attend. My heart broke, especially since the previous lock-in was canceled since I doubled over in pain. I hemmed and hawed over canceling and rescheduling, but even looking ahead to various weekends, it was very clear to me that there weren't other weekends to make this happen. So I did not cancel it. 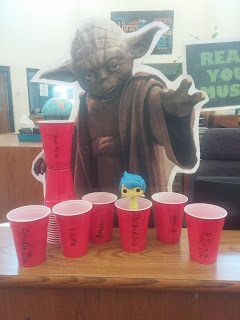 I never made a better decision. I also managed my exhaustion with much coffee and Rock Star. We also made sure our drinks were in red Solo cups, because the Solo movie is promoting Solo cups. Then we all labeled them with Star Wars names, except for one, because he apparently wasn't listening.

We always start our evening with our dinner, which gives the kids time to settle in and get comfortable. Then it was time to get serious and get going. Well... after we made some pickle jokes and it lasted all evening.

Jonathan Mariucci donated a copy of Hexplore It to our club, so a group of four boys immediately broke off from the group, which left me with the two eigth graders who showed up. I was totally fine with this and the results was that I played more games that I ever had before and the laughter and jokes were so much fun!

At around 7PM, one of my student's aunts brought us custard from a popular place in Oshkosh and the kids dug in! I stored the rest.

We essentially stayed in our groups for the whole night. At 9:30 I got a text from one of our volunteer-approved friends and he popped in with some extra games and stayed until around 1AM.  It was the best way to end the year of lock-ins for me, but I also cried, because... it was the last one and, especially, the last one with my 8th graders. I reflected on how far they'd come as gamers and their growth made me proud.

So here was our line-up for the evening, not including the break-off group that played Hexplore It and one or two silly party games... oh... and Sheriff of Nottingham... so... 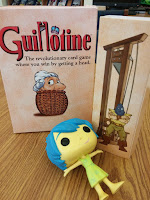 (My review of Guillotine.)

Legends of Andor (We completed the note mission!) 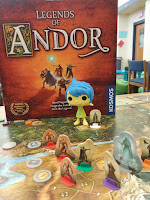 Star Trek: Five-Year Mission (Won by the skin of our teeth) 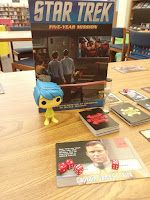 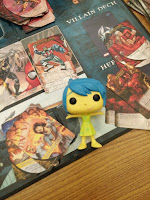 (My article on the game.)

Custom Heroes (I finally avenge my loss from the previous play, which ended up being due to a misunderstanding of the win condition. MWAHAHAHA!) 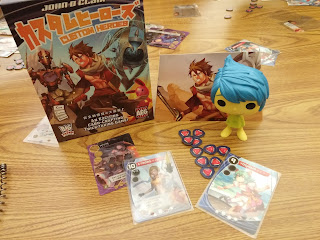 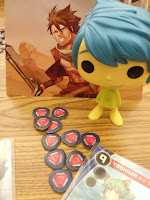 Article 27 (The kids still love this game, but I, sadly, became the bitter player because no one was doing what I asked and kept rejecting my requests. So I kept being the veto jerk.) 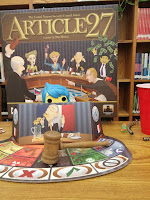 After I went to sleep, the horror of the caffeine overload finally taking me out. 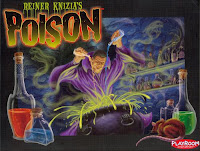 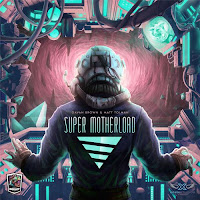 When I awoke, the boys had already cleaned up the media center. I was shocked! We finished cleaning up and there was so much time before pick-up that my husband actually broke out one more game! Oh... my... goodness... A morning game! This has never happened!

This really was the way to go and it was a good final sendoff for the year.