GenCon: You're a Rockstar

This is the first of several entries on my trip to GenCon 2015. I wanted to break them into smaller (ha!) bits for consumption. I just have so much to say about so many things.

What was on my mind the most, though, was, well. . . the people at GenCon. No, not those of us commoners who go there for the games, but the other people. The game designers, publishers, and personalities. Plus, I have to make some personal excuses for my own. . . I guess you could say, weirdness. 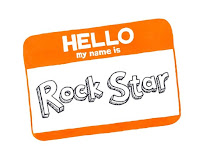 First of all, let me say. . . game designers, publishers, and other game personalities, you are ROCKSTARS! When I see you in the hall, at a booth, walking right in front of me. . .I can't contain my "excitement." I kind of can't not say "OH! SO-AND-SO!" in a kind of loud, excited way. Then I instinctively cover my mouth in a moment of humiliating "wtf me." Or, let's say, I start to stutter and back-talk over myself and get all tongue-tied. That moment of JELL-O brain that occurs when you are starstruck!

For those who don't get it, it's like your favorite boyband just walked in front of you or you saw Robert Downey, Jr. and Chris Pratt sitting at the table next to you eating burgers and fries. Yes, they are normal people, just like everyone else, but to you, these people are special! They deserve to be honored and revered! That is what these game people are to gamers. 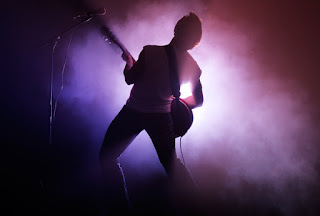 Sadly, I have to peep. Sadly, it scares people. Sadly, I look like a total dork. At the same time, I hope you know your fans show their love and appreciation in different forms. Sometimes from afar with a smile and sometimes a shocked "YOUR NAME" as you literally pass right in front of them or appear right next to them. You are THAT amazing.

I wanted to start by saying that the people at GenCon are Rockstars. It's like going to the biggest tabletop game concert in the United States. The outfits are loud (yes, even the everyday outfit), the hair (whether on the head or the face) is representin' and the sound of the dice or the shuffle of the cards are a sweet, sweet solo riff.

Here are the ROCKSTARS I encountered at GenCon this year. Some from a distance and some personally.

All the cool Cosplayers who Performed as Awesome People


Sidenote: My husband said I was being rather self-deprecating in the above description of my behavior, but in reality, I feel that way about me, because of the excessive fun-made-at-my-expense for having some FanGirl moments over my Fandom! You will see this kind of personal analysis a great deal, because I am excessively hard on myself for everything (except games... I lose those and as long as I had fun, could really care less). On the flipside, hopefully you'll find it humorous.