As I'm sure is an obvious statement, none of these men even remotely live up to my own two fathers who changed so much of my life.

1. Keith Mars - Veronica Mars
This guy defines strong parental relationships. He works to find balance in the crazy life him and his daughter lead, but they're there for each other. He supports raising a strong woman who is confident in her convictions, but is also not scared to bring down the hammer when something is wrong.

2. Phil Dunphy - Modern Family
While really quirky and over-the-top, it is hard to not know that Phil Dunphy is the most loving, caring, compassionate father out there. He always wants the best for his family and is never scared to go that extra mile to show it. Sure his awkwardness is almost cringe-worthy at times, but I, honestly, think he's an amazing father. My husband and I joke that he's an exaggerated dad version of me. I can see it. haha!

3. Scott Lang - AntMan
We all have to start somewhere, but this dad has his daughter's heart and despite all the bad things that have happened in his life and his relationship, he still wants to make it better. Plus, I mean, he fights Yellowjacket in order to save her and he almost dies! Ultimate love and dedication, even if he's kind of a deadbeat. Lang would literally do anything for her... you know that guy who dresses up like a ballerina and has tea and lets his daughter choose the outfit? Yeah... that's him. 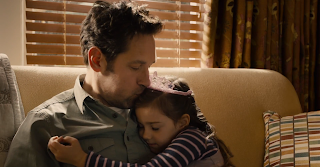 4. Rocket Raccoon - Guardians of the Galaxy
WHAT! Yes... I mean, it's pretty obvious he's Groot's dad. Rocket raises him! Tough love is what their relationship is, but clearly Rocket has his moments and even within the reprimands, you can see how much he cares about Groot. Besides... the patience to raise and parent Groot is amazing! He's a super dad!

5. Bob Belcher - Bob's Burgers
Ok... ok... yes, the kids are so absolutely dysfunctional and, honestly, quite scary, but poor Bob tries to pull through. He's surrounded by eccentrics and just wants to make the most quirky and best-tasting burgers ever. Again... a really kind heart who tries his best in the crazy world that is his life.

Honorable Mentions
Mrs. Doubtfire - Mrs. Doubtfire
I don't even think I need to see this one, but another Scott Lang situation where you have a dad who is clearly out for relationship reasons and dysfunction, but understands how absolutely important his family is to him (sadly only having hit rock bottom).

Glenn Rhee - The Walking Dead
Hey now! He is a dad. Once that Bisquick was poured and that pancake hit the griddle, he's the daddy of that pancake! Glenn would have been an amazing dad, because his outlook on the world was seeing the good is everything. That is an outlook that is quickly losing its footing on The Walking Dead with all the optimists dying every week, but even in those last days of his fatherhood, he only wanted the best for Maggie and the baby. 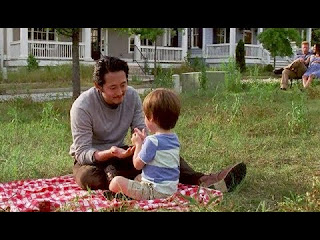