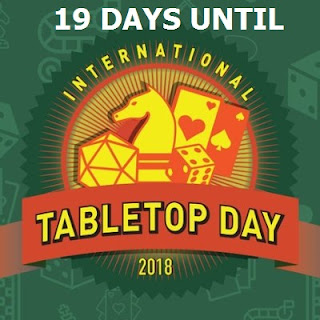 There is absolutely no way to gush enough about Forbidden Island. I've spent countless hours playing it. I've introduced the game to so many people, especially my students. For my students this game literally blows their mind. The cooperative nature of it coupled with the frantic need to get off the island with the relics. It's like Pandemic, but with a better chance of being able to achieve your end goal. The modular board is unique to them and the variable player powers make them excited, because they try to get the best combinations (even though they're not supposed to be all specific).

Forbidden Island is an absolute #1 on my list of games to share with people. A true gateway to seeing games in a whole new light. I can't wait to break this out with my daughter. The funniest part about it all, though, is that every year that I do my Tabletop Game Unit the kids are so enamored with the game, a large portion of them always choose it as a mentor game in some capacity. At least, those who play it. It is also the most played game for those who choose to come in to play additional games for extra credit. I'd say poor game, because it's so warn, but that's one game that deserves to be played until it is nothing more than faded everything, that's how great it is! 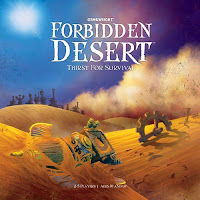 If we loved Forbidden Island, you know Forbidden Desert was next to add to the collection. I do find it interesting that in my game club, Forbidden Desert is now picked up a bit more than Forbidden Island, but I think that's because it adds a few new levels of challenges and after playing the one for so long, it's nice to change things up a bit. What I love is the flying machine and the hunting aspect of the game. Talk about a challenge!

Now I'm really looking forward to Forbidden Sky. I don't have many details on it, but I am so stoked! Matt Leacock has something really special going here and I'm psyched about it. 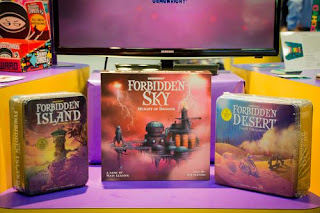