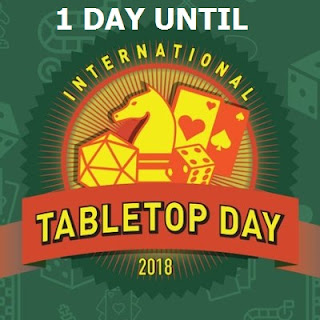 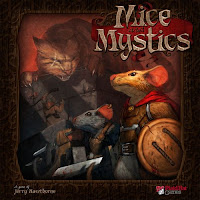 But my husband and I dabbled in the world of "real" RPG with our friend and Mice and Mystics took a bit of a backseat to our experiment. We had decided, though, that we wanted to play with our daughter. My husband was starting to consistently game with her and was sussing out her gaming level. This past December we finally felt it was the right time to move away from Hero Kids and move into Mice and Mystics! First of all, I didn't have to do a ton of planning on my end to make the game happen. Secondly it had all the little adorable mice figures and allowed for more diversity with the play. Don't get me wrong, I love Hero Kids, but I was a little RPGed out after what went down with my group. 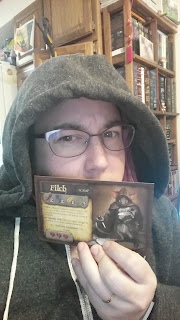 I fell in love with the character of Filch and he is my signature character. I almost never don't play him. I did have to give him up for Tilda one our last adventure that we were trying to conquer... no seriously... 4th time around! I wear my Critical Role hoodie with the hood up, because it makes me feel all scampish. The only problem we have with the game is my daughter's occasional attention span. I love that she wants to play the characters, but she's always touching things and moving things and... ahhhh! She's 7-almost-8-years-old, btw. She always says, "But mom! I just have so much energy!" To which I silently answer, "Then how do you spend so much time on your Kindle playing games?"

I digress. It's been a great family game and the adventures keep us on our toes and having to look for ways to work together. So we break out the sliced cheese and prep out table every other Sunday for Mice and Mystics! Let's just hope we don't have to keep playing scenarios over and over again, because it does have a tendency to steal away the enjoyment. But we love it!