One of my co-workers was moving to another school. During one our team meetings, it was somehow mentioned that there are these things called Ta-Ta Towels. I think it popped up on my Instagram feed as a commercial or something. Shark Tank approved item. We all had to know what these were and my co-worker actually kept saying she was going to order one and it became a joke for a while.

She never did order one, but when we were thinking of things that reminded us of her and her funny personality, this came to mind. So as part of her gift, I made her a Narwhal Ta-Ta Towel.

I used the following video.


I bought narwhal fabric and then pink terry cloth. The first time I thought I had my measurements right, but I did not and I ended up making more of a bikini front than a Ta-Ta Towel. I also brought the wrong elastic. Mine was much to thick and it just didn't do what the towel required. So after fixing the elastic mistake and taking better measurements, I made a relatively functional Ta-Ta Towel. (Honestly... not really functional... I think it's more the thought, effort, and potential usability.) 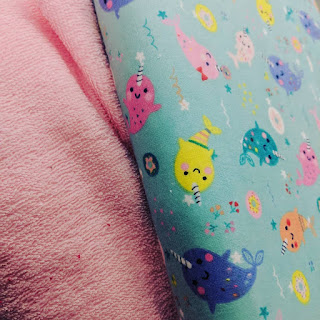 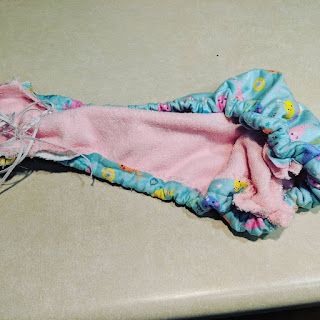 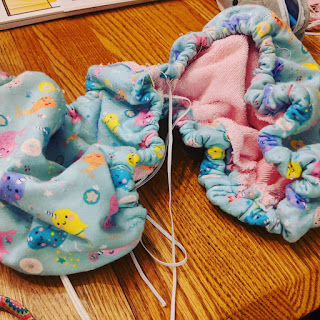