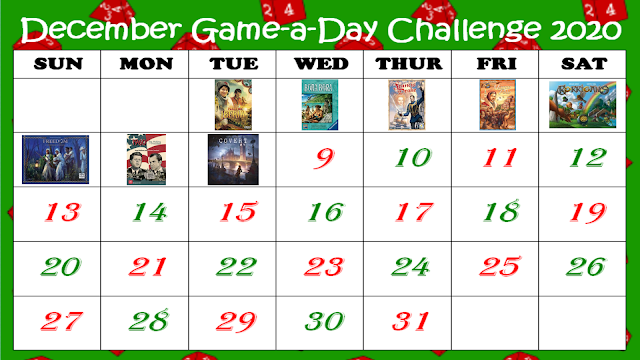 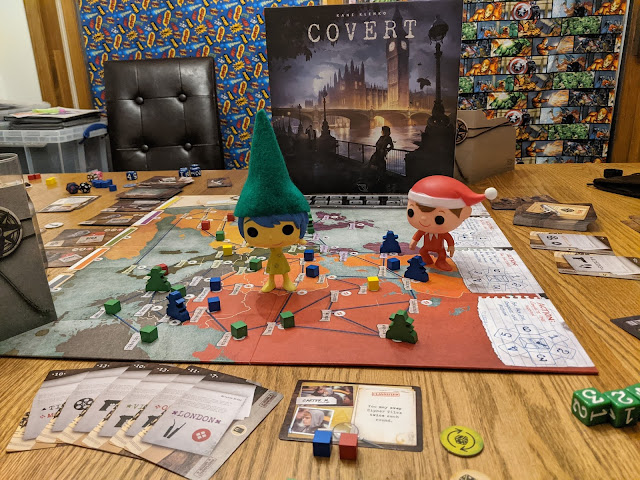 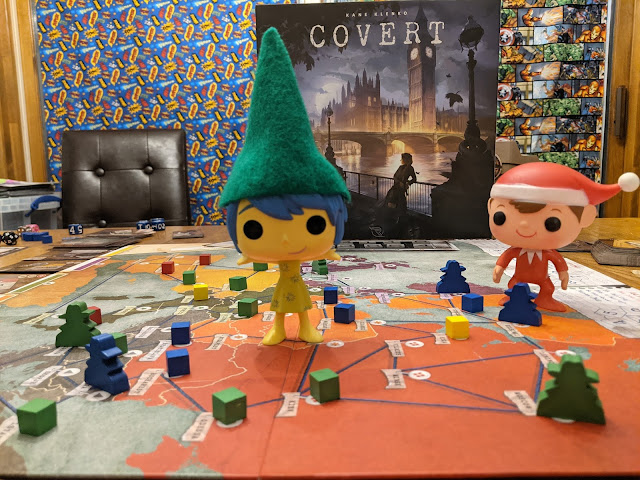 Covert is a game my husband was very excited to play with me. He said, "this game is in your wheelhouse." So he was banking on me really enjoying it. It has some mechanics like Ticket to Ride, which is my signature game, and some mechanics like Tokanoko, which I love.
Luckily, my husband wasn't wrong. This game was totally in my wheelhouse. I had to complete missions by gathering materials, which I could only get through certain ways. It was strategizing, but without the headache. It even offers variable player powers in the form of your spy persona. I enjoyed it, and, won AGAIN! I was surprised I won, because my husband had tons of code-breaker cards, but I beat him by a good 30 points. I had been taking high point value missions, so when I got 6 of then, it was 10+ points for all my missions, except one. (You need to complete 6 missions to trigger the end game.)
I can see this game being more intense with more people and that much more strategy would be involved. My husband and I wouldn't have been able to benefit like we did from the code breaker section of the game if there were more people.