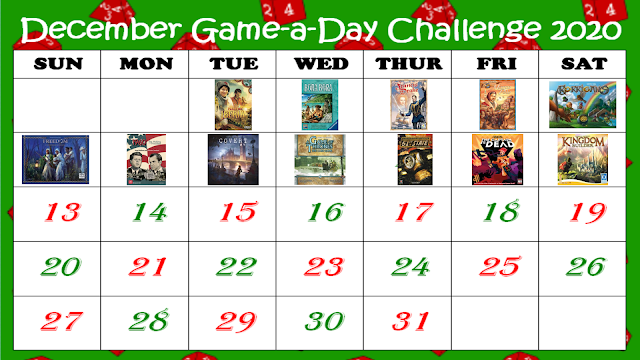 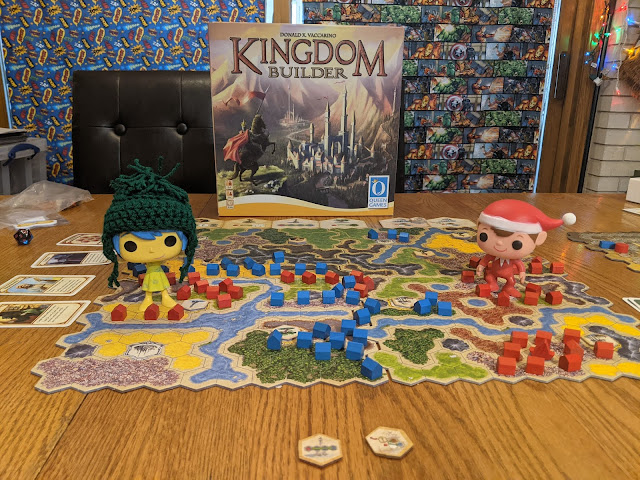 Kingdom Builder is a game that my husband has broken out quite a few times when we've had lock-ins with the tweens, but I had never played it. Finally, I got my chance to play. My husband explained that it's by the designer of Dominion, so there are tons of variables and options for how the game can unfold everytime you play. So for example, he held up all the different board times that you could randomly have and I was like "woah!" He's got expansions for dayz.

What was nice as a two-player game was that the game play went quick, it wasn't overly heavy, and it offered a decent amount of options for earning points. Not enough, though, as I was ahead on the scoreboard until my husband counted up one of the points and he pulled ahead by one. NOOOOO!!!! Ah well. It was still a good game and is one I might recommend picking up again.