The Joy of Gaming: 28 Days Until International Tabletop Day - Tsuro & Tsuro of the Seas 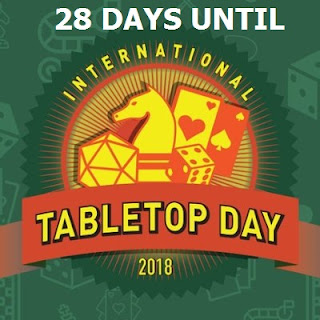 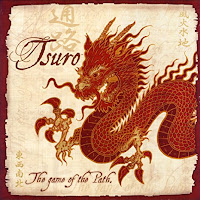 Tsuro is a game that has become a staple in so many parts of my life. First, I love to play it. The outcomes are endless, especially depending on the amount of players. Second, it's a game kids in my game club absolutely adore and it is always hitting the table (sometimes I think a little too much when compared to the endless options available). Third, I use it as a research game during my Tabletop Game Unit in my classroom and the kids love it. Every year there is at least one group inspired by the game to implement their tile game. Finally, it is a game I am so excited to teach my daughter, because of the mechanics and thinking ahead strategy. She's 7-years-old and already feels it'd a game that really challenges them. 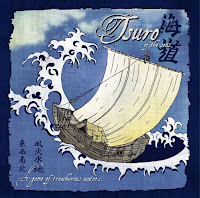 This is another game we picked up before it aired on Tabletop and it was exciting to see it be played and acknowledged. The episode had 3 games and I later purchased the two, because of seeing it on Tabletop. The one I purchased for my daughter (Get Bit!) and then other (Zombie Dice) I purchased for my club. So the episode itself offered great gaming opportunities

Later in Tabletop, Wheaton introduced Tsuro of the Seas, which added a new mechanic to Tsuro. Again, we purchased a copy and another copy immediately found it's way into our club collection. You roll dice and deal with sea dragons as the monsters. You are ships trying not to be attacked by the dragons or run into each other. These games are family friendly and also elevate the level of gameplay that people are familiar with.