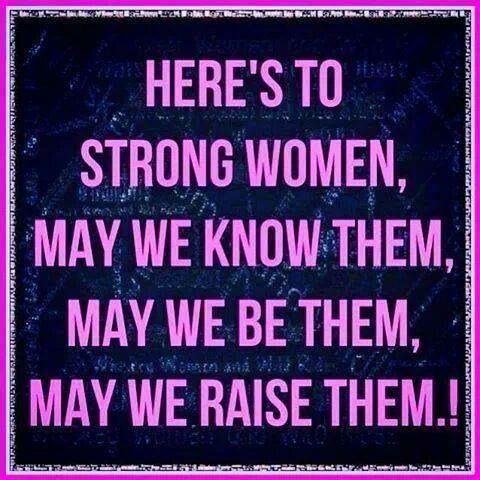 March is Women's History Month and I felt it would be a nice change of pace to start looking at women and the tabletop game industry. When I stepped away from tabletop gaming, I lost touch a little with what was going on in the women-and-tabletop-gaming department. I heard, though, about the growing number of women involved in gaming. For example, at GenCon50 last year they had a record number of women presenters. Women are starting to stand out in the industry, but what about the women who are designing the games? I could spend several articles on writers and artists and the like, but when it comes down to brass tacks... there really aren't a great deal of women game designers.

Besides being a woman who has inserted herself in the geek world and, more specifically, the tabletop game community, I've dealt with trying to identify myself as an individual within this male-dominated sphere. I've been to events, GenCon included, where gamers of the opposite gender have been less that hospitable, whether they realized it or not. I just had it happen not long ago. The person I was playing with didn't realize that they were essentially telling me everything that I should do when it was my turn, instead of letting me take my turn with my own decisions. My husband hates the term, but it's that idea of mansplaining (Def.  A man explains something to someone, typically a woman, in a manner regarded as condescending or patronizing.)  The person didn't mean to do it, but it's become so much a part of our culture that it's just there whether they're good people or not.  I, though, don't feel comfortable playing with people who do that. Not only does it take the fun away from me and my ability to learn the game, but it's just uncomfortable overall. That dark side of the industry will not go away for some time I fear.

Luckily there are groups making inroads for equality. I ran games for a women's group, ConTessa, at GenCon for two years and the goal was to empower women in the tabletop game community. Many played RPGs, but I ran some tabletop games. I loved the experience, because I felt safe and supported. Plus I was helping to forward the representation of women as competent and intelligent gamers. Sadly, that didn't stop men from coming in and trying to dominate the games that I was running. I had been so scarred by some interactions that had happened to me over the previous months, that the last year I attended GenCon I literally had panic attacks over the thought of sitting down at a table with a group of men to play a game. Again, this doesn't apply to all men, but it is still there as much as we don't want to directly face it. What a horrible way to feel about something that you love, though, right? Too scared to even sit down and be a part of things.

The other problem I've run into is not being seen beyond my husband. I can't just be me as a gamer, it's either my husband or me and my husband. I am only seen through the lens of my husband. It is assumed that he is the one who brought me into the industry, but in reality him and I entered at the same time, for all intents and purposes. Our friend was our gateway, not my husband for me. I've spent many years trying to set myself apart as an individual and slowly I'm gaining steam as I seek to represent myself alone. We have our partnership when it comes to running community events or supporting my students in our game club, but we have our own geekispheres that we circulate in. 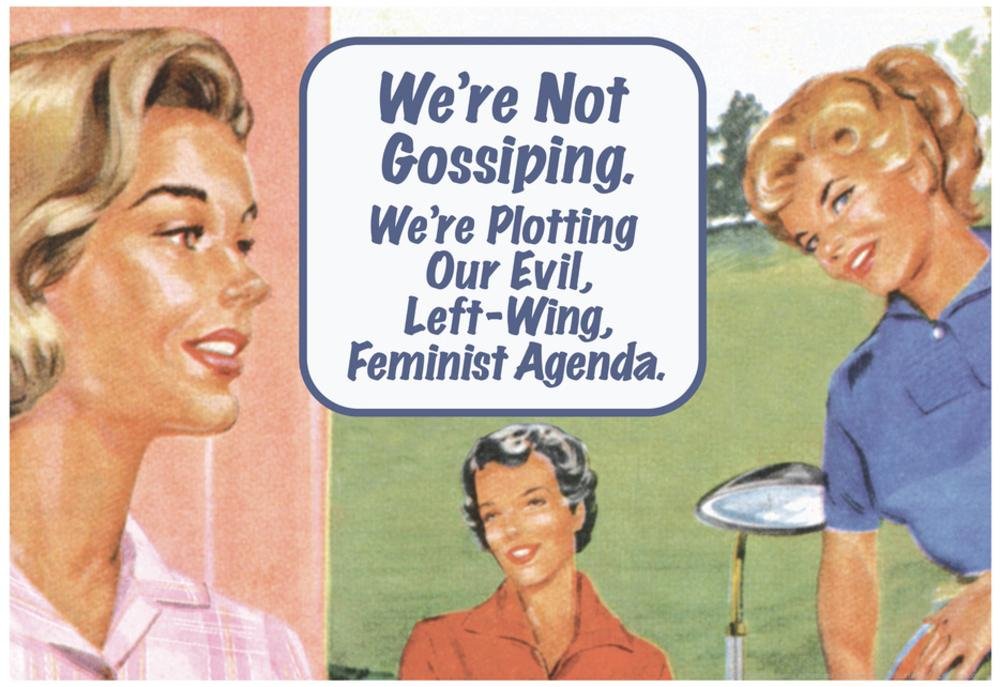 It's a rough world out there for women in so many ways. Even just the other day an angry man attempted to insult me by claiming I was asserting a feminist agenda in my classroom because we are reading I Am Malala and I am guiding my students through learning about Teen Activism in their community. I thought, I am a woman. What should my agenda be if not a feminist agenda? It was so strange to me, especially since it was right before I started work on this article.  In a world where equality is still a contested issue, I wanted to bring attention to women who are forging a new path to greatness in the tabletop game industry.

As I went through list after list of female designers, I felt my heart sink. I thought for sure that there would have been many women designers, due to the surge in women in the tabletop industry, but my hopes were too high. Instead, I found several husband-and-wife teams of designers and women as part of a team of designers and I felt a bit dejected. But, I thought to myself, why not start somewhere and try to at least share games that represent women being involved in the actual design process. I know entering a male-dominated environment is hard and can be intimidating, but the opportunities are endless if we take a chance. I'll talk more about this in another article where I address what I've seen regarding girls and gaming.

To start things off, I just wanted to go super old school and list some games that are quite foundational that some might not even know were designed by women. So here goes nothing.

Balderdash - Laura Robinson & Paul Toyne
I remember hearing this game being played by my parents and their adult friends. I never really had anyone break it out to play, but this is definitely a classic game that has influenced many party games that have come since then. 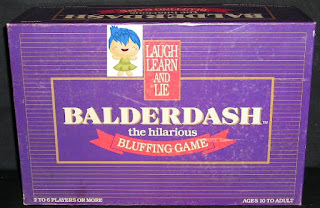 Candyland - Eleanor Abbott
While I love this game for its skill building and introduction to board gaming in very young children, it always leaves a bad taste in my mouth when I hear 12-year-olds saying they love going home and playing this game with friends. The repulsive cringe is hard to hide. I did, though, buy it for my daughter when she was very little and I have a nostalgic fondness for it. But, again, an iconic classic. 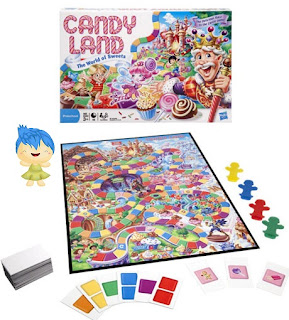 Inner Circle - Virginia Charves
This game floated around my childhood circles and I remember picking it up once or twice. It was a pretty interesting, puzzling kind of game. Decent beginner abstract strategy. 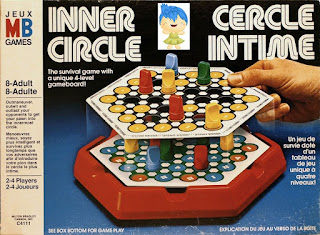 Jenga - Leslie Scott
I played this game for a good portion of my childhood. It was one of the hit party games and I even got to play the giant version at a wedding not that long ago. A great many dexterity games of today owe a lot to Jenga and there is even a popular RPG system (Dread) that uses Jenga as a core mechanic. 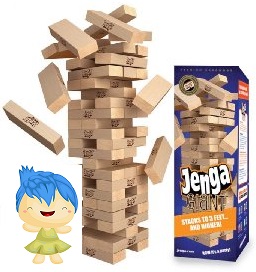 Monopoly - Elizabeth J. Magie
Elizabeth Magie designed The Landlord's Game, which was the precursor to Monopoly. Parker Brothers adjusted the game to fit their own needs, but Ms. Magie gave us that which tears apart families. Look at how much this game has permeated our culture for the past few decades, for better or worse. 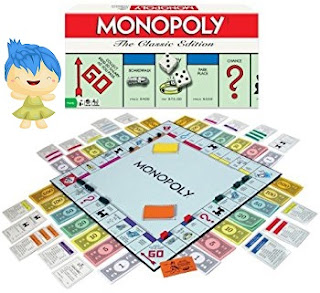 Set - Marsha J. Falco
I still come across this game to this day! Pattern recognition and puzzles for days! It's not exactly setting the hobby gamer world on fire, but I respect it again for being a gateway to analog gaming in our digital world. 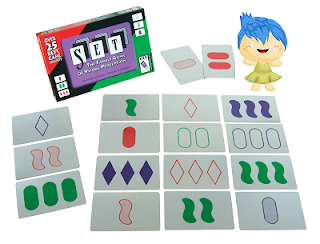 Skip-Bo - Hazel "Skip" Bowman
Don't want to play Uno? Play Skip-Bo! Another game my generation grew up playing with their family and that our parents seemed to love. 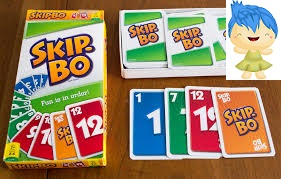 I know. These might seems like awful examples to start with, but seriously... are they really that bad? We talk about gateway games and games of our youth are really at the heart of our love for gaming. I don't typically prefer to play these games nowadays, yet they have been foundational to so many people's childhoods and veritable staples of our culture for decades. The long and short is that these women have set the groundwork for what started many of us in this hobby without us even realizing it.

And this is only the beginning...