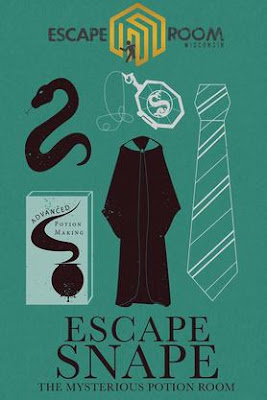 This year I really went out on a limb and reached out to a few women I really felt would create a super happy positive outting with lots of laughs. I knew that the local escape room group was having a Harry Potter themed escape room in December and the last escape room I attended was really awesome. Plus, in reality, I wanted to finally plan something permanent that I couldn't back out on.

In preparation I wanted to make it a super geeky outting with my ladies. So I made little gift bags. First, I made felt house ties for everyone to wear! I took a poll of which houses they were part of so that I could make them a tie. I also got Harry Potter lens-less glasses for everyone to wear, for fun. 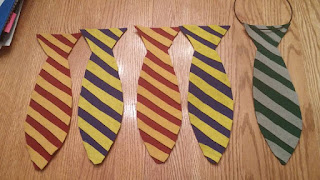 Next, I made chocolate frogs in little frog molds and I bought some Bertie Bott's Every Flavor Bean. The slugs were way too expensive. I also purchased a Mischief Managed pin for each of us, as well as some Harry Potter temporary tattoos and a cheap, plastic wand for the wandless.

Why would I go all out like a crazy woman? Because I had finally planned a ladies night adventure for my birthday! I was determined to have an amazing time, because I was desperately in need of a little fun.

We all met up and had arrived at Escape Rooms in Appleton. They started by giving us a rundown of the rules of how the room works and some of the safety information. Then it was time to be locked in the room. Inside the room was a screen that showed the timer and would occasionally give us hints to get us moving in the right direction if we were lost. There was no physical person in the room with us. 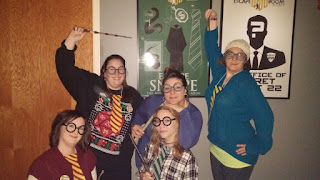 The five of us worked together to solve all the puzzles and finding all the keys and codes and things we needed to get out. We were able to escape with only 1:46 left on the clock out of 45 minutes! I'm not sure what 5 out of 10 means for difficulty, but we saw a lot of pictures of people who did not win the Snape room. We were proud and women represented their awesome! Take that men (mostly my husband who said we probably wouldn't make it). 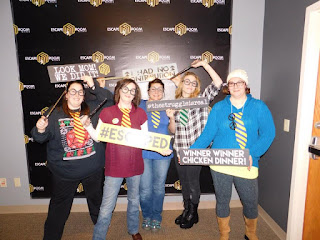 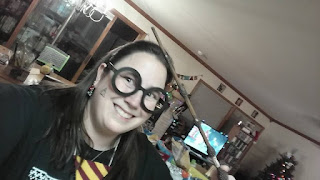