I'm sure you came up with what you thought the C-Word was before you started reading, but it really could only be one or two things. . .  that one thing or Cancer. 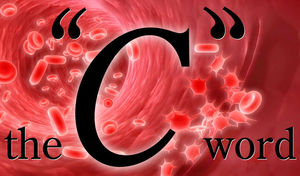 For the purpose of this entry, C-Word is the latter. On August 24 I received a phone call from my mom that she has ovarian cancer. That is where I've been and what I've been dealing with, coupled with school starting, my daughter starting Kindergarten, and just life in general.

Right now I'm not going to go into all the details of the emotional, psychological, or even physical challenges all this is handing out to those involved, but I will share some brief snippets.

I've been driving two hours there and two hours back to help my mom. Spending chunks of weekends and then some at her house. Spending hours on the phone talking to family and friends.

My mom had her diagnosis, then found a better doctor. Then had surgery and had all the junk removed. Now is facing 6 months of chemo, which she has finally accepted as an option. Then the process of preparing for the horror that is chemo and the hair loss and the physical illness.

Coupled with all that is this just insane attempt to blend medical and non-medical healing stuff. It's a smidge too insane for my liking, because it's just too many people with too much information overwhelming you with information that isn't always from the most relevant of sources. Being on the internet does not mean it is credible. I feel like giving these people the guidelines for checking source credibility (I teach it to my sixth graders). 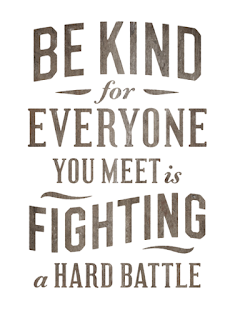 I think, sometimes, people forget about the family. So. . . a lot of the people who I interact with when I go down to be with my mom seem to forget that I am also in a place of processing all of the things and all of the information. And while my mom only has to deal with her life decisions and work through her own inner turmoil and a little bit of work and a few bills and things, I've got an intense job that I can't JUST take off from, a family with a 5yo who JUST started Kindergarten and is having a hard time (well... sort of... it's a teacher thing), and a bunch of commitments that I have to take care of. I have to check again, but I had 19 sick days (2 of which were personal days) and that's all I get for my own health and for taking care of my family's health and my mom THROUGH JUNE! I can't blow all my days right up front here. Even taking all those days really has an influence on my students and the teaching and learning that is occurring in the classroom.

Add to that having to still prepare lesson plans even more than I would have if I were teaching, because I have to EXPLAIN everything for the sub. I still have to deal with all the stuff that didn't go as planned and score all the busywork and assignments I have the sub do, since most subs can't do the level of intense writing lessons that need to be taught. It is just so frickin' crazy how stressful this all is.

Yet. . . there's my mom. Things are quieting down now a little bit. There are finally routines being formed, but it's hard. Her hair is falling out and if you know my mom, you know the hair thing is probably the biggest deal in the whole world. She's had a rough road so far with her first chemo being the worst experience ever (no, seriously... there were problems.......) and now getting to a point where she feels she can actually carry on with a normal day.

We're making it through. I can't explain all the subconscious energy it is taking to handle life in general. I mean, I've got my own demons plaguing me and making things even harder than they really should be.  Demons that are causing me to pull away and isolate myself more than I should, but I don't really know what else to do right now. I've given up everything I've been a part of, except for my Tabletop Game Club at school, because I feel like the world is this million ton weight on my shoulders. I even passed bill-pays onto my husband, which is something I always did for my own sanity. 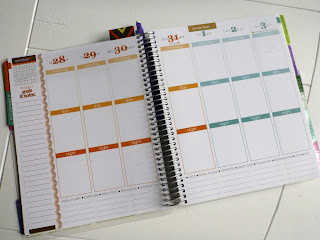 The biggest problem for me is that I can't seem to get a handle on my life. I found comfort in having a calendar and being able to plan and look ahead and mark things down and now I feel like nothing is planable. Which makes it even more difficult, because I now don't want to plan anything with anyone. It's really hard. With the holidays coming, I REALLY want to make plans and make commitments, but I can't. I miss my world right now, but then.  . it's really that I gave it all up to make sure that my mother, my daughter's grandmother, stays around.

I push forward every day now. I wish I had a cheerleader like my mom has me to cheerlead her. I know that's now really possible, because there's no reason for anyone to help lift up the burden of my own emotional baggage, but at least my mom does and that's what's important right now. I'm giving up myself to give back to her.

So in the end, I just want to say "screw you cancer." And if, in my lifetime, I find out that there is some sort of conspiracy with pharmaceutical companies and the government and all that crap. . . know that there will be hell to pay for the pain that was brought down on my family with my grandfather, my grandmother, my uncle, cousins, and countless friends. 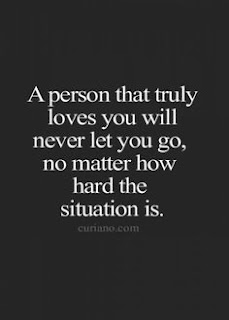